The kind of imagination we’re going to need

Rather than go back to The Sugarbag Years or start quoting W. B. Sutch’s The Quest for Security at us, I thought I’d use an analogy.

Nothing like a time so tough that you no longer take for granted the many programs, public facilities, and social policies as part of our everyday lives – in local communities as well as our nation – these were created by the New Deal generation. The analogy is the United States.

It’s the early 1930s. America is in trouble. Out of work, out of luck, hard down. Imagine yourself as one of many typical Americans in 1932. All of your hard-earned money is deposited in a bank that has just closed its door. And it’s not just your bank – banks across the entire country are closed. Without access to money, how will you care for your family? Or you’re a teenager forced to quit school to find some job, and there aren’t any. Your family needs kerosene to light the lamps at home and you can’t even afford that.

And then good politics happened.

More was achieved by and for Americas throughout the Franklin D. Roosevelt era than ever before or since in American history.

Social security, bank deposit insurance, widespread rural electricity, the right to form a union, whole sustainable towns, youth training programmes, massive dam projects that transformed both countryside and cities, and parks and monuments across the land, are just some of the visible but taken-for-granted New Deal treasures that they still enjoy today.

Here’s a couple of snapshots.

Here’s one they started: the Civilian Conservation Corps: It was only for people 18-25, from a poor family, be between 5’6” and 6’6” and in short a good strong body for the work ahead. They planted three billion trees (now estimated to be worth nearly $2 billion in reforestation and erosion control); built 46,854 bridges and 205 lodges and museums; restored 360 Civil War battlefields; built Camp David (the presidential retreat still in use today), 138,000 miles of trails and roads; and fought fires for 6 million worker hours. Also 27,000 miles of fencing, 5,000 miles of water supply lines, and 18,650 drinking fountains.

Here’s a little example of what they did.

It was in 1939, and what they did was set up a competition for the best mural design for a post office in each of the states. Over three thousand entries were submitted. Most of these murals are still in place today. You can still see them in Stafford Arizona, Los Banos California, Conyers Georgia, Hickman Kentucky, Leland Mississippi, Flandreau South Dakota, Delhi New York, and in every other state.

Below is a big mural for the Dining Room at Ellis Island. 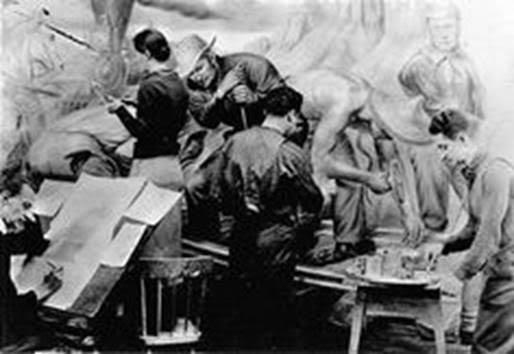 And here’s the 1936 mural Recreations at Long Beach: 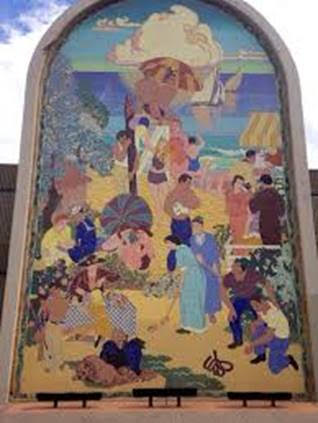 John Steinbeck, Studs Terkel, Saul Bellow, Conrad Aiken, john Cheever, Eudora Welty – they all cut their teeth among the 6,660 writers who took part in the Federal Writers Project (FWP). Their experiences on the project gave many of them superb inspiration and material for their own books and columns.

Steinbeck’s Pulitzer Prize winning The Grapes of Wrath published in 1939 is the iconic book of desperation and hope in America’s Great Depression, and it’s the strongest example of a New Deal book. 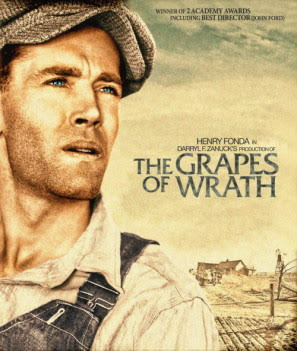 if not for the nurturing he received through his New Deal project, could Ralph Ellison have crafted Invisible Man, the 1953 National Book Winner?
It helped artists step out into other realms. Eudora Welty for example was a photographer for Mississippi’s state guidebook as well as its writer, and Studs Terkel made a name for himself in the Federal Theatre Project in Chicago.

We don’t have to figure that times were tough for musicians. Few had money for a decent meal and fewer still anything else left for entertainment or culture.

The image by Russell Lee from 1940 notes that these children walked eight miles to their music lessons . 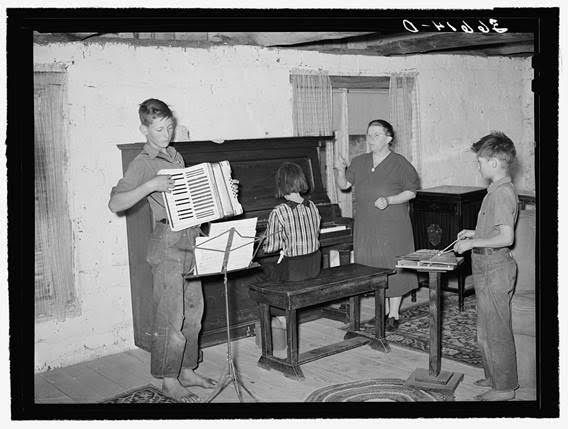 They gathered musicians together into orchestras, and plenty of those concerts were free: 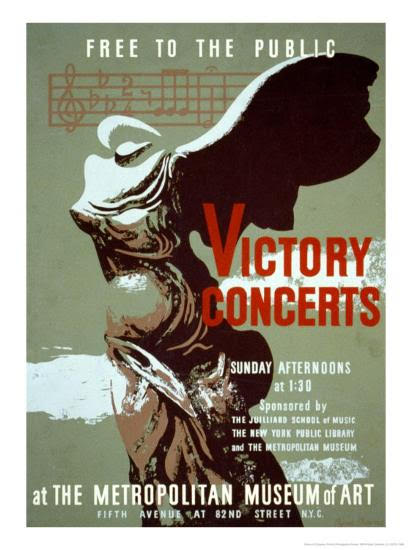 There was a theatre version called the Federal Theatre Project, in which a very young Orson Welles cut his directing teeth at the Harlem unit of the FTP. His Black Orpheus received accolades. Welles and associate John Houseman bought radio’s Mercury Theatre, and did a great production of H. G, Welles’s War of the Worlds.

Now, of course Federal arts always gets tempted towards patriotism, but this didn’t stop critique either: 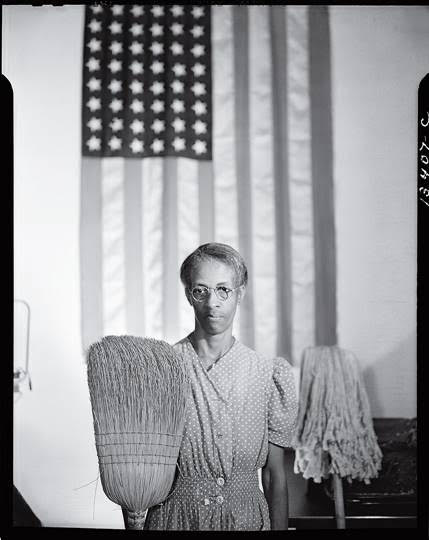 The Federal Government used their powers to fund and organise artists to put powerful expression into all kinds of cultural expression.

There’s more of course, nearly a century ago.

They are monumental national treasures that were created at a hard time when we may have been our best as a nation.

What I’m asking the government to do is this.

Look if you’re going to put $50-$60 billion of debt funding about, for God’s sake use your creative imagination and rebuild a nation in style. That’s why when FDR died, the New York Times said:

Men will thank God on their knees, a hundred years from now, that Franklin Delano Roosevelt was in the White House.”

Now there’s a test for us and the fullest extent of our civic imagination – and for all countries damaged through this.