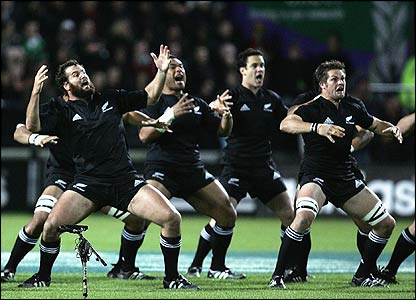 The New Zealand Rugby Union is currently in the process of selling its soul to the devil, in this case a private equity firm called Silver Lake.

This made me reflect on what the NZRU is selling.  Basically a stake in the game that has been a central part of New Zealand life for over a century.

I always liked the name.  The All Blacks.  It reflected our fledging cultural uniqueness better than any other name could.

And the haka, what a great way to start a game.

The first All Black haka was performed in 1905.  It is really cool that te Ao Maori has been an integral part of our most revered representative team for well over a century.

How did the sport evolve?  Every town, every suburb and every community formed a team that every Saturday in the winter went out and engaged in combat with other teams and then had a shower and a few beers and celebrated how great it was to live in Aotearoa New Zealand.

Large amounts of community resources were applied and Local Government was heavily involved.  Community owned space was set aside so that games could occur and funding for clubrooms and club operations was found from public budgets and generous benefactors.

And the best players were revered.  For most of the last century it was an amateur game.  But those who reached the pinnacle, think Colin Meads, Wilson Whineray, Bryan Williams, Brian Lohore, Sid Going, George Nepia … they were and still are national icons adored by everyone.

The community aspect has been lost.  Reliance on Television rights has played its part.  The visual aspect became more and more important and the tribal aspect of the contest was lost.  Club Rugby, that used to attract crowds in the tens of thousands, has degenerated to the stage that it was nothing more than a staging opportunity for potential gladiators to seek professional contracts.

And first fifteen rugby, a source of so much pride for a school community, became a contest of who could poach the best talent from our Pacific Island nations so they could earn bragging rights for their school.

So what exactly is New Zealand rugby selling?  Basically the collective efforts of many communities over decades the result of which created a pretty good representative rugby team.

And let us not delude ourselves.  The current (and previous) All Black rugby team relies heavily on our uber talented Pacific whanau.

New Zealand rugby over the past couple of decades has changed.  Grass roots rugby is on the decline.  It is no longer an integral part of community life.

Playing ranks are increasingly dominated by highly trained gladiators and others wanting to join their ranks.  Playing the game for the enjoyment of it seems to be lost.

All provincial unions have supported the sale.  The only group stopping a deal is the Player’s Union.  Details are not clear although Zoe George at Stuff has this description of their concerns:

Among other concerns raised by NZRPA, the players want guarantees the All Black jersey, silver fern, haka and other Māori and Pasifika cultural values intrinsic to the All Blacks brand aren’t sold off or culturally misappropriated.

They want NZR and the Māori rugby board to retain kaitiaki of the haka and other cultural taonga.

We are left with the situation where something born of our communities and nurtured and supported by our local and central governments is potentially being sold off to a US private equity firm.  Just so that television audiences can be entertained and profits made.

If the sale happens it will be a very dark day for New Zealand rugby.  The word “grassroots” will no longer be able to be applied to the national game.