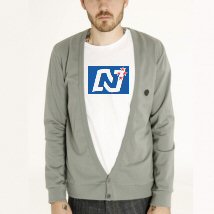 National’s two main internal factions consist of the Conservatives, and the Neo-Liberals. Overall the Conservatives want to keep things pretty much as they are, and with such an inspiring reason for being it’s hardly surprising their star has waned over the last couple of decades.

The Neo-Liberal camp has a different agenda. Like the Conservatives they too champion individual liberty, private property and a reduced State. But what Neo-Liberals seek isn’t remotely conservative. Rather it’s quite a radical doctrine. Whereas Conservatives still see value in maintaining a State for at least its regulatory function, and some might even secretly admit that the State can and should intervene in an economy to properly harness its benefits for greater society, the Neo-Liberals see any State ‘interference’ in the economy as evil. For them Nirvana is when businesses (that’s big business corporates, not corner dairy owners) have free rein to do as they wish. That position isn’t remotely conservative because no democracy has ever traditionally been so. Even Conservatives know that leaving it all to powerful private interests doesn’t make for very healthy economies or democracies. The Global Credit crisis also demonstrates that when governments get too hands-off some pretty serious and undesirable consequences can arise – invariably requiring expensive clean-ups at public expense.

Right now the Neo-Liberals are in retreat because anyone to the left of Roger Douglas can see that total laissez-faire non-regulation of markets not only doesn’t work, it’s downright negligent. Let’s hope National’s Conservative wing can shrug off its grey cardy and rise to the occasion because they’re definitely the lesser of the two evils.

76 comments on “The Neo-Liberal Front ”