The politicisation of the All Blacks 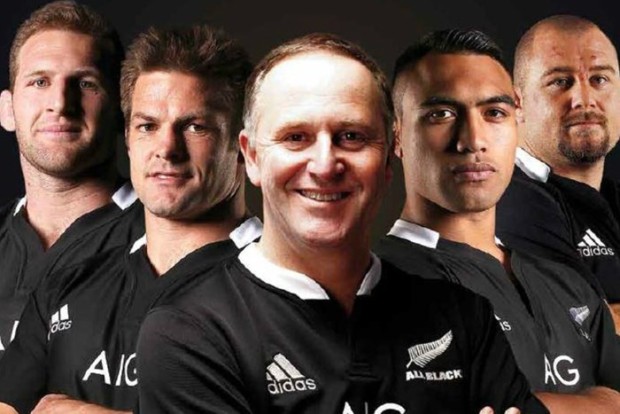 Back in the 1970s and early 1980s National’s rallying cry was that politics should be kept out of sport.  This was said in the context of National’s refusal to ban sporting contact with Apartheid South Africa despite agreeing to when Rob Muldoon signed the Gleneagles Agreement.  National issuing visitors permits to the Springboks for the 1981 tour of New Zealand was a desperate calculated attempt to hold onto marginal provincial seats by attempting to wedge swinging voters against Labour.  The politics was extremely cynical and Muldoon was happy to breach international obligations and risk widespread disorder so that he could hold onto power.

Back then Rugby was king in New Zealand.  All Blacks were deities and were instantly recognisable.  Test matches were waited with anticipation for weeks in advance.  The whole country used to shut down while test matches were being played.  And provincial and club rugby was watched by huge numbers.

Now things are different.  More kids play soccer than Rugby.  The game is highly professionalised and commercialised and the All Blacks suck huge resources out of the game.  Club rugby, once the backbone of the game, is now nothing more than a talent spotting opportunity.  Provincial rugby is nothing more than Sky TV filler.  And All Black games can only be seen if you have large amounts of money to buy a ticket or can afford a Sky TV subscription.  Watching the All Blacks is no longer a working class pursuit and is more entertainment for the wealthy.  And you get the feeling that, like society, more and more resources are being sucked out of the grassroots game and being squandered on the top tier.

Things have also changed for National.  Instead of keeping politics out of sport they are now happy to politicise the All Blacks on every possible occasion.  Yesterday’s announcement of the All Black team for this year’s world cup is a classic example.  Parliament was opened up at the request of the Rugby Union.  Ministers were there en masse seeking every opportunity to take selfies with All Blacks.  And John Key was obviously in his element.

It is a sad thing but our sense of worth as a nation appears to depend on how well the All Blacks are doing.  I can remember the collective sense of despair in 1999 when the All Blacks were knocked out of the World Cup by France.  A similar sense of gloom happened in 2007 when the same thing happened.  We need to do better as a nation than celebrate or curse the random bounce of an oddly shaped ball.

And we live in a nation where urgent legislation can be passed so that at 5 am in the morning people can drink beer in pubs while watching rugby.  And pubs could be open continuously for 69 hours.  But a proposal to increase the pay for the poorest amongst us by $25 per week is delayed by ten months.

It is regrettable that at a time the nation faces more and more difficult and complex issues this Government is obsessed with a group of highly paid professional sportspeople.  And the bounce of an oddly shaped ball.

224 comments on “The politicisation of the All Blacks ”