The politics of the Covid vaccination roll out 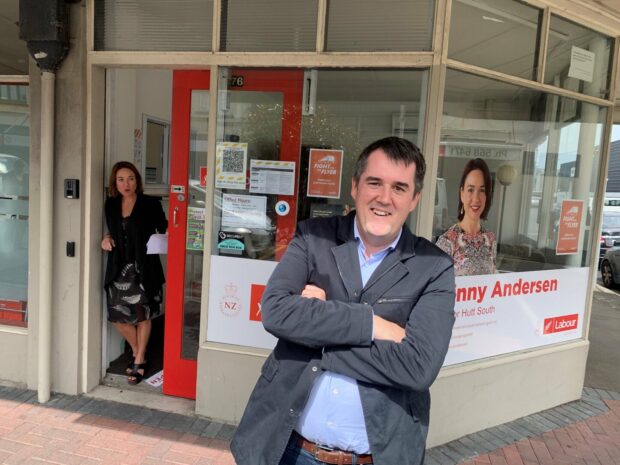 Being in 0pposition is a bugger.  You get to run the doctrinal stuff.  If you are a right wing party you get to say that taxes are too high, the Government is engaged in mass cancel culture and complain about light bulbs.  Sometimes this works.

When you get faced with a really big issue, like how to handle a global pandemic that has brought many advanced nations to their knees, your options are smaller.  You can say they are being too cautious, or they are not being cautious enough.  The choices are pretty linear.

Saying that their level of caution is appropriate is not a vote winner.  It is a clear acknowledgment that people should stick with the status quo.

National and its allies like Mike Hosking and this guy have decided to go down the Government is being too restrictive line.  This is not surprising for a right wing party.  Laissez faire freedom demands that the rules are less severe than that they currently are.

And National and Act have been complaining, begging and pleading that the borders are opened.

Recently there has been a lot of attention paid to the roll out of the vaccine.  Surely we could be doing this more quickly.

There are two basic issues.

The current response from National and Co can be summarised as “you may have successfully protected Aotearoa New Zealand from mass infections and deaths but where is my vaccine”?

The problem is that the vaccine may not be the panacea people are hoping for.

The infection rates in the US and the UK are going down.  But Hungary, where nearly one in three have received the vaccine is seeing a spike.

And the virus is mutating.

Leading health experts from around the world warned the slow roll-out of vaccines and unequal distribution could mean the shots become ineffective as new coronavirus mutations appear within the next year.

Seventy-seven scientists – from leading academic institutions from around the globe – participated in the survey with about 30 percent suggesting second-generation vaccines will be needed as soon as in nine months, unless vaccines become more widely produced and distributed around the world.

Nearly 90 percent of the researchers said more vaccine-resistant mutations are likely because of extremely “low vaccine coverage” in many countries, mostly developing ones.

At the current rate, it is likely that only 10 percent of people in the majority of poor countries will be vaccinated in the next year, according to The People’s Vaccine Alliance, a coalition of more than 50 organisations.

The alliance called for the lifting of pharmaceutical monopolies and the sharing of technology to urgently boost vaccine supplies.

“The more the virus circulates, the more likely it is that mutations and variants will emerge, which could make our current vaccines ineffective. At the same time, poor countries are being left behind without vaccines and basic medical supplies like oxygen,” said Devi Sridhar, professor of global public health at the University of Edinburgh.

The Government’s refusal to provide precise data is understandable.  This is a huge job and international supply chains are very unpredictable and unstable.  But some of the media comment is crazy.  For instance Mike Hosking has clearly jumped the shark yet again with this claim that the Ministry of Health has yet again mucked up the Covid response.  The phrases “utter tosh” and “you have to be freaking kidding” and “what are you smoking” as well as other less printable variants came to mind as I read this clusterfcuk of attempted analysis.

And complaining that our vaccination rates are too low also misses the point.  Problems with clotting linked to the Astra Zenica vaccine suggest that waiting to see how the roll out works overseas is not a bad thing.

The world will not return to normal until world wide herd immunity is reached.  Remaining Covid free is even more inportant than vaccinating the population.

National and its cheerleaders should take a deep breath.

91 comments on “The politics of the Covid vaccination roll out ”