The strait of Hormuz 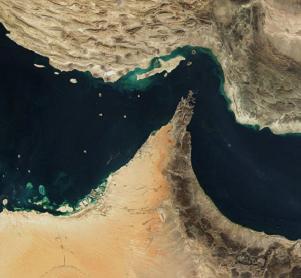 With the seizing of an oil tanker by Iran in the Strait of Hormuz today as a presumably tit-for-tat escalation for British seizing an Iranian ship, and the U.S. Navy harassing their coastline, we are in for a senseless and dangerous political escalation.

The Strait of Hormuz is a very tight pinch point in which much of the oil and gas from Saudi Arabia, Gulf States, and Iran pass through to get to the world’s refineries.

I was 12 when the 1979 oil crisis hit the world after the Iranian revolution that same year. Despite the fact that global oil supply decreased by only 4% as a result of Iranian governmental action, there was simply widespread panic across the world which drove prices skyward.

What then started was real panic, and long queues of cars were on our television screens at petrol stations across the U.S., governments reacted across the world. The price of crude oil doubled to U.S. $39 per barrel inside a year.

The New Zealand government responded to its oil vulnerability with an all-in response not seen since World War 2. Other countries did even more.

Together with the policy author Bill Birch, Prime Minister Robert Muldoon doubled down on the Think Big projects to give some measure of fuel and energy autonomy for New Zealand. People were issued stickers to put onto their cars so that they could only drive on specific days as a fuel-saving measure. You can debate whether the Think Big expenditure was worth it, but it was a gargantuan policy response that we haven’t seen since.

Now, that scale of response is not yet expected if Iran did something particularly daft like try to block the Strait of Hormuz. There would be a price spike of course, and then the U.S. Navy would do what they’ve been gagging for and smash the Iranian navy into sticks. The U.S. provocations are frankly tiresome right now, and it’s easy to see why Iran’s government would be tempted to keep poking the bear.

The European Union have sought valiantly to find ways around the U.S. economic blockade of Iran. It has sought to set up alternative trade routes that seek to wangle their way around sanctions. The E.U. is seeking to retain some semblance of allegiance to the Iranian deal concerning nuclear energy production. But even the E.U., as the main remaining body with any economic or political clout prepared to hold on to that Iranian nuclear deal, well, even the E.U. is seeing most remaining avenues close.

The U.S. belligerence will push Iran more and more to exporting to China, building on a relationship that goes back a fair bit in history. It is the biggest gift imaginable to Xi Jinping’s Belt and Road programme.

And exports can also increase to Russia and its allies. The U.S. can’t effectively blockade, but in trying to do so it will tilt Iran, Russia and China even closer together than before.

Thankfully the world has many more alternative oil sources, and Middle eastern oil pipelines, than they did in 1979. Brent Crude is about US$66 a barrel. Sure it will do an M spike and settle higher, but it won’t be the same panic as 1979.

New Zealand will of course be asked by the U.S. to increase naval support for any big blowup in this strait.

Led by the worst President in living memory, the United States is provoking needless conflict with Iran that will only set the world back socially and economically.

49 comments on “The strait of Hormuz ”