The Striking Similarities Between Elon Musk and Wayne Brown 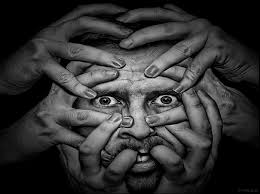 On the face of it Elon Musk and Wayne Brown have little more in common than an inflated ego and a propensity for communicating and leading by tweets and open letters, respectively. However, this is only the tip of the iceberg and once you start dig a bit deeper a few worrying similarities start to emerge from the depths of the dark arts of mass manipulation.

An interesting hypothesis with a high level of plausibility was put forward in an article today entitled Twitter chaos is part of Elon Musk’s master plan. Essentially, it posits that the devilish disruptor is deliberately seeding doubt & confusion to gaslight the public. The real agenda remains hidden, of course.

While Mr Musk claims wanting to fix Twitter, free speech, and humankind he is puzzling the pundits by his counter-intuitive actions. This is a segue to the other fixer, Wayne Brown, who claims his calling is not colonising Mars but fixing Auckland’s woes. My money is on growing mushrooms on Mars before Auckland’s problems are sorted, but then again, I tend to have a negative outlook on manned space travel with Musk in charge of the auto pilot.

Unlike Mr Musk, Mr Brown has been shunning the limelight and refused interviews. Mr Brown’s ghost writers have been busy trying to gaslight the public and particularly the CCOs through ominous epistles kindly shared with the public. (NB this will not prevent future leaks of inconvenient information at opportune times). However, the real agenda of Mr Brown and his team of advisors appears to be strongarming the Council and paving the way for Mr Brown to get his way and do his thing whatever that might be (something to do with a mandate).

Unlike Mr Musk, who bought himself into a position of power through deals with shady financial backers, Mr Brown is a democratically elected official who must secure a majority on the Council to get things done his way. Tomorrow we will find out how successful Mr Brown will be in his Trumpian strategy. I don’t know if Mr Brown is on Twitter – @realwaynebrown? – but we might hear a tweet tomorrow after the first official Council meeting since the General Elections.

As for Mr Musk, we may have to wait a little longer before we know what the real deal is, but it will undoubtedly involve a tweet from the Chief Twit himself. I reckon it is worth joining Twitter now and even pay the $13 a month to stay informed in a visible, open, public, and transparent manner that is conducive to free speech in a free society; it is not quite as cheap as Netflix but much better value for money and you get to play a (minor) role in one of the biggest reality shows on Earth and become an influencer with the blue tick as your badge at the same time (if the deal sounds too good, take it!). FOMO and virtue signalling are strong determinants of human behaviour, especially on-line, so who would want to miss out on that?