The third way according to Tony Blair 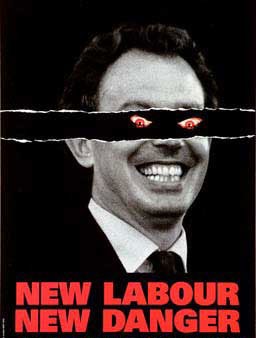 There has been some talk this week about Tony Blair’s third way politics.  Some think that he has the ability to walk on water because he succeeded twice at general elections even though it was against a tired dispirited Conservative Party that had clearly gone past its use by date.  Others cannot stand his pale imitation of progressive politics and cannot forgive such sins as his acceptance of the claims of Iraq’s weapons of mass destruction, when it appears that he was told that they did not have this capacity.

And what has he done since his time as Labour PM of the UK?

Well he has made lots of money.

If you want to comprehend how much this article in yesterday’s Herald provides some information.  He has been using taxpayer’s resources, up to $35,000 NZ a week, to travel and have security so that he can further his private interests.  These include attending speaking engagements which he is being paid significant amounts for.

One example reported recently was that for a 30 minute speech to a Swedish conference he asked for asked for a £250,000 fee payable to his wife’s charity as well as £80,000 expenses.

And at the same time he has been fulfilling his role as a roving Middle East Envoy he has been furthering his commercial interests.  The conflicts involved are pretty staggering.

The article estimates that he has earned £100 million since leaving office and he expects to earn significant amounts for any speeches given.

Of course some will think that this is perfectly appropriate if not commendable and I am engaging in the politics of envy. And Labour needs to be more aspirational if it is to succeed and to applaud ambition not decry it.

But the level of Blair’s wealth and greed is staggering and his third way appears to only permit the continuation of current levels of privilege.  And it is not sustainable.

As was said by Pope Francis last year:

An economic system centred on the god of money needs to plunder nature to sustain the frenetic rhythm of consumption that is inherent to it … I think a question that we are not asking ourselves is: isn’t humanity committing suicide with this indiscriminate and tyrannical use of nature? Safeguard creation because, if we destroy it, it will destroy us. Never forget this.”

70 comments on “The third way according to Tony Blair ”