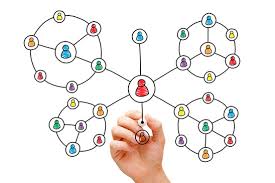 I read an interesting article written by Robert Peston and published in the Spectator recently. It was about the use of social media by the big parties in the United Kingdom, and that Labour was winning this particular battle convincingly.

There is a naive belief at the top of government that because the Tories are only a fart’s yard behind Labour in the polls — despite daily manifestations of schism, scandal and incompetence — everything will turn out fine in the end. But this is to ignore the party’s greatest structural weakness: it is clueless in cyberspace. On the social media battlefield, it is fighting with knitting needles against Labour’s laser-guided missiles.

The crude stats are humiliating for Theresa May. Her Twitter and Facebook accounts have 411,000 and 540,000 followers respectively, compared with 1.6 million and 1.4 million for Jeremy Corbyn. His online films and tweets are seen by millions, — many times the number who hang on the Prime Minister’s digital words. This social media deficit will be a serious problem for whoever leads the Conservative party into the next general election because that is where the marginal voters who determine the outcomes of elections and plebiscites are recruited or alienated. David Cameron’s lame jibe from 2009 that ‘too many tweets make a twat’ is redolent of another era, laying him open to the twin charge of casual sexism and techno-politics Luddism.

Interestingly Chloe Swarbrick has 34 thousand facebook likes and 14 thousand twitter followers.  She also had more facebook likes than Phil Goff during the last Auckland super city mayoral campaign which given her limited resources was a phenomenal feat.  Clearly she is someone who understands social media.

The data from during the recent UK election campaign clearly showed the momentum that Corbyn was enjoying:

According to Labour’s own stats, ‘likes’ of Corbyn’s page rose 31 per cent during the campaign, to 1.2 million, with the number of people he reached every week soaring from under four million to more than 24 million. And his videos were seen 22 million times in the first week of June, up from 2.5 million in April. Which probably means that the Labour leader personally on social media outperformed May in impact by a factor of more than two to one. As for the Labour party as a social-media player in its own name, it also punched through to far more people than did the Tories. According to the social media agency We Are Social, Labour increased its social media following by 61 per cent to 868,000 in the first six weeks of the battle, compared with 6 per cent to 596,000 for the Tories.

Facebook likes in New Zealand has Labour ahead of National by 103 thousand to 92 thousand likes and for twitter the numbers are Labour 31 thousand and National 15 thousand.

And why is this important?

What matters perhaps most is that a majority of us mistrust the established media, and instinctively place greater trust in what friends or contacts share with us on Facebook and Twitter. The act of sharing is a personal endorsement, which lends an article or video greater credibility. Throughout this year’s election, this massively helped Labour: all I could see in my own news feeds were people angry about the government failing to provide adequate resources to schools and hospitals, or furious about its proposal to make old people pay more towards their own social care.

So Labour’s greatest advantage over the Tories may be that it is part of a broader movement, much of it on social media. There are lots of closed Corbyn-supporting Facebook groups that share pretty much anything he puts out. And then there is Momentum, a movement explicitly created to support him.

Its social media activity complemented Labour’s, and the Tories had no equivalent. One of its videos, ‘Daddy, why do you hate me?’, a conversation between a little girl and her dad set in 2030 about why he had voted for Theresa May and ruined her life prospects, was watched 5.4 million times in two days. Momentum also fomented ‘WhatsApp cascades’ on polling day, or messages shared on WhatsApp with an estimated 400,000 young people that were designed to get the vote out. For what it’s worth, all the successful digital media players, Momentum and Vote Leave for example, have noticed that WhatsApp and text messages are vastly more efficient ways of communicating than emails, which tend to be treated by recipients as junk and ignored.

I agree that the Tories’ social media was ham fisted.  In New Zealand it was not so bad, rather lame but not so bad.  Although Labour’s and the Greens’ social media campaigns were clearly better and from a point of pending disaster two months out from the election helped to create a Labour surge and arrest the Greens’ decline.

Social media is not the be all and end all.  Social media bubbles are the biggest creators of wasted campaigning times there is.  For a campaign to succeed it needs to cut through out of bubbles of friendly progressives and make its way into other groups.  Corbyn’s social media is an example of what to do.

Update:  Added the link to the article,  Not sure how I missed that out …