There is something rotten in the Ministry of Transport 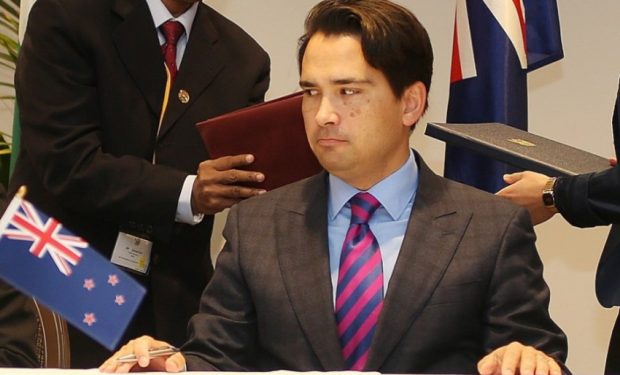 Radio New Zealand is reporting that the State Services Commission review of the handling of the whistleblowers at the Ministry of Transport will conclude that they were forced out of their jobs by Joanne Harrison, the woman whose actions they complained about and who was subsequently imprisoned for fraud against the Ministry.

A State Services Commission investigation due to be made public today has concluded convicted fraudster Joanne Harrison forced whistleblowers out of the Transport Ministry in 2015.

RNZ understands the inquiry has vindicated whistleblowers who said they were forced from their jobs after they raised concerns about fake invoices Harrison was presenting and dubious travel she was taking.

Harrison stole nearly $750,000 while employed at the Transport Ministry and was sentenced this year to three and a half years in prison.

It is expected the results of inquiry will be made public later today, with the findings tipped to be highly critical of what went on at the ministry at the time.

The incident suggests that there is something very rotten in the Ministry.  It is appalling that loyal dedicated staff were restructured out of their roles because they tried to alert managers about Harrison’s criminal activity.

The problem for the Ministry is that it was not only a rogue manager’s actions that caused concern but the refusal of other managers to even accept there was a problem.

And the attempts by others within the Ministry to prevent Sue Moroney from doing her job and getting to the bottom of what was happening is deeply concerning.  Again from Radio New Zealand:

Documents obtained by RNZ show the Transport Ministry was going to claim that information about the fraudster Joanne Harrison did not exist – despite knowing that it did.

Harrison stole nearly $750,000 while employed at the Transport Ministry and was sentenced this year to three and a half years in prison.

Labour MP Sue Moroney used the Official Information Act to request information about taxpayer-funded flights to the Far North that Harrison had taken, and a restructure of the finance team that took place at the Ministry while she was employed there.

Emails obtained by RNZ show the Transport Ministry’s chief legal adviser David Bowden knew the information existed but was going to refuse to release it.

Mr Bowden said the financial restructure happened just outside the timeframe the MP had identified in her request, so the Ministry would say the information did not exist.

He said the Ministry would not release the costs of Harrison’s flights because the MP asked for information on flights to Kaitaia, whereas Harrison had flown to a different airport in the region.

This particular subterfuge was that bad that even Simon Bridges said that the information should be released.  His office is not afraid to try and hide and bury official information.  The recent attempt to persuade Kiwirail to hide a report seeking an improvement to Auckland’s rail system show how deep he can go.  But even Bridges saw that the stench from the Harrison incident was too much to hide.

Management have tried to portray the incident as them being victims of sophisticated fraud and could not be expected to have dealt with the problems caused.  I disagree.  The workers at MOT clearly saw what was happening and escalated this to their managers.  The fact that they lost their jobs over doing so is appalling.

They describe what happened in this Radio New Zealand article:

They said they believed raising those red flags about Harrison had cost them their jobs.

“I’ve got no doubt, in my own mind, but they’ve probably covered themselves – the way they do when they do restructures.

“When we raised issues sometimes we were told ‘you’re only here to pay the invoices and if they’re signed and approved that’s all you have to worry about’.

“But we were old school – and we were loyal and we were conscious of it being taxpayer money.”

They said the timing of the redundancies did not stack up either – being let go at the “busiest time of the year”.

“December was a huge payment run and we worked very hard that month and on the 10th of December three of us walked out of the finance division and a temp walked in.

“It’s incredible really – it did not make sense.”

I hope that they are written a large cheque not only for hurt and humiliation but also as a message to all Government Departments that workers jobs, particularly those who whistleblow, should be protected.

We currently exist in a cult of management where workers are just cogs to be moved around by managers whose jobs often depend on cog moving occurring.  Where worker jobs will be disestablished at the drop of a hat but a manager engaged in criminal activity will not be investigated because it might hurt her feelings.  And a management class that  distrust those “below” them.  That Joanna Harrison was able to thrive in such an atmosphere speaks volumes of how sick the current system is.

Current Auditor General Martin Matthews who was head of the MOT at the time is probably toast.  The Auditor General is meant to get on top of and deal with these sorts of incidents.

If there is a change of government then as a priority there needs to be a major review of management of all State entities.  Starting with the Ministry of Transport.

Update:  The report has been released.

Ministry of Transport whistleblowers were forced out of their jobs too early and suffered “unnecessary hurt and humiliation” in a restructure process involving convicted fraudster Joanne Harrison, an investigation has found.

But a State Services Commission inquiry has concluded no staff were specifically made redundant because they spoke up.

Three former staff in the Ministry raised concerns about Harrison’s conduct on several occasions and subsequently lost their jobs in a restructure.

State Services Commissioner Peter Hughes has apologised to the whistleblowers in person and agreed to a confidential compensation package.

The highly critical inquiry, carried out by deputy State Services Commissioner Sandi Beatie, found they were made redundant due to the Ministry moving to an automated accounts process which was “legitimate” and “properly authorised”.

However, they “suffered disadvantage”, as the process was based on advice from Harrison.

I do not understand how the conclusion that no staff were made redundant because they spoke up.  But I am pleased at the apology and an offer of compensation has been made.