There’s such a thing as ‘too relaxed’ 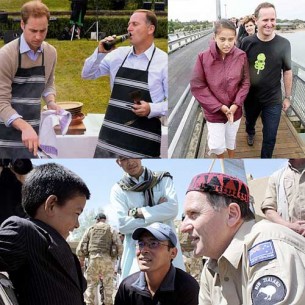 Tracy Watkins recently observed of Key’s reluctance to front the media post-budget that:

“Mr Key has refused all but three requests to be interviewed by National Radio’s Morning Report so far this year. That must be unheard of among modern-day prime ministers…”

She puts his avoidance of the tough questions down to a desire to protect his brand. And she’s not the only one who’s noticed his preference for soft media. Brian Edwards has posted a couple of times on our photo-op PM. Bill English has expressed the PM’s tendancies somewhat more ethereally.

Whatever the reason, right after the budget, isn’t it a reasonable expectation that the PM front the media?