This is how you do it America

Cori Bush is the first Black woman from Missouri to be elected to Congress.

Lots of good stuff in here. Rousing speech, love of place and community, diverse class consciousness, affirming that she is gaining power because of the people and she will take them with her.

The Irish Daily Mirror was less subtle on Thursday. 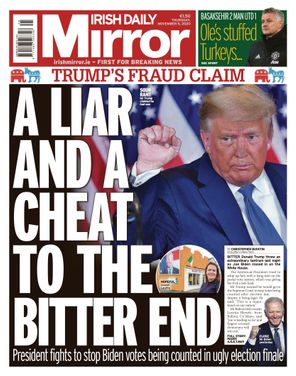 Decision Desk HQ projects that @JoeBiden has won Pennsylvania and its 20 electoral college votes for a total of 273.

Joe Biden has been elected the 46th President of the United States of America.

79 comments on “This is how you do it America ”