This Is Who We Really Are 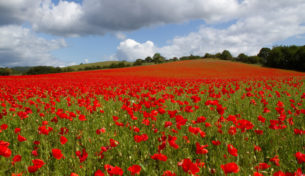 Growing up, I always believed that Anzac Day was far more than a memorial service honouring the brave men that fought and died at Gallipoli.  Thanks to my Grandad, it encompassed a broader meaning – one of a shared vision, putting aside differences and coming together for the greater good.

He would say, of uniting with his Aussie ‘enemy’, “We stopped being bastards to each other and became brothers for a bit.”

He’d laugh, fall silent and a look I could never quite define would settle in his eyes.  I think that look was a mix of fondness and grief.

I wonder how he’d feel today if he saw the news that the RSA have had to scrap plans for a Muslim cleric to share a prayer at the Porirua Anzac Day service due to frightening threats.

I’d like to think he’d be appalled, that he’d speak up and tell everyone to stop being bastards for a bit but I’m not so sure he would.  It seems this intolerance we have is so very deep, that it writes to our core in some primal way. And I understand why that is;  I just don’t know why we haven’t gotten our shit together yet and what it’s going to take to tip the scales because fifty lives don’t seem to be enough.

I wonder if any of the gutless arseholes who who made the threats realise what an act of tolerance it is for a Muslim to prayer at an Anzac Day service?  Do they get that they’re strapping our lives to weaponised history as they cling to the skirts of their Islamophobia?

And this is who we really are – mostly immigrants ourselves, who choose to embrace our past, our grievances, our “rights” to a bit of stolen dirt and yeah, you can come inside but don’t you dare get comfy.

It’s time to make a choice.  We either move forward as a multicultural country and stop being selfish bastards or we tear ourselves limb from limb in blind ignorance.