Following the success of TV3’s ‘Big Night In’ Telethon which raised over $2 million for KidsCan, I was thinking there are others that could benefit from some charity.

You know, the recession is biting and even people who have been used to living well are now having to couple with dramatic cuts to their incomes. 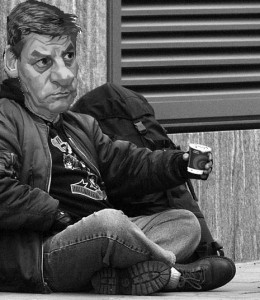 Consider poor Bill English. How’s he going to meet his mortgage now that he’s drawing only half of the out of town allowance he’s not entitled to? (actually, does he have a mortgage? If not, why does he need the money?)

Then there’s Roger Douglas. After spending a life-time devoted to minimising government spending and the taxation it necessitaites, he faces losing the right to travel to London with his wife to see his grown son on the taxpayer’s dime. How else is the poor kid going to see daddy?

So, I propose we have a Telethon for politicians recently stripped of perks. They could give us tours of their ‘primary residences’ (Bill will be allowed to have a guide with him in Dipton). Paula Bennett could host a segment where she reads out people’s names and gives them 30 minutes to donate $100 or she will start reading out private facts about them (like this). Roger Douglas and David Garrett could host a show presenting the two faces of ACT. Douglas regales us with tales of how he pursued a liberal social agenda like homosexual law reform along with his neoliberal economic agenda in the 80s, while Garrett threatens to beat up gays.

We could call it ‘Tory Charity’.

22 comments on “Time for tory charity? ”