Tourism is the elephant in the living room

The government has announced plans to transform tourism and how it is governed in the wake of the pandemic.

Tourism Minister Kelvin Davis said the industry needed to be rebooted to face new challenges, opportunities and a different way of working.

Tourism New Zealand will lead the project, working with the government, industry and businesses.

“A post-Covid tourism industry will play an important role in New Zealand’s economic recovery, but it will be different to the one that we are accustomed to. There will be new challenges, new opportunities and a new way of working,” Davis said.

“We have an opportunity to rethink the entire way we approach tourism to ensure that it will make New Zealand a more sustainable place, enrich the lives of all our people and deliver a sector which is financially self-sustaining in the longer term.

“Given international travel is likely to be heavily restricted for some time, and features of our tourism industry such as cruise ships are currently banned, this will need to be a phased approach, looking at how we can focus on and promote domestic tourism in the short term and how we can target an international offering.

They’re making some of the right noises here, but I remain skeptical of commitment from those powerholders to creating something sustainable. The tourism industry is notorious for its head in the sand response to climate change. The over-development of some of our most special places suggests that the industry has been willing to trade away intrinsic values and create a degraded experience for New Zealanders (especially locals) in order to pursue growth and excess profit.

Generalised statements of intent are one thing, but how easy will be it be to change the culture of that sector so that it adopts actual sustainable practice rather than greenwashing?

Then there is this,

Tourism New Zealand chief executive Stephen England-Hall said it was an opportunity to listen to communities and design the future of tourism in New Zealand.

“We’ll be working with key partners to ask questions, listen, and create something we can all be proud of, something that genuinely gives back more than it takes to Aotearoa and plays a key role in our economic success,” he said.

Again, some right noises, but the cynic in me isn’t holding my breath. If they put communities front and centre, maybe this would work. Better yet, the government could empower communities to drive their own economic regeneration, starting with values and a conversation about what kind of communities we want, and then designing jobs out from that, some of which might be tourism. But I suspect the economy will be centred, with workers and the environment as support structures for that, albeit some greens on the side of the plate.

Coronavirus is unlikely to be our last pandemic. Oil shocks, Peak Oil, a global financial crisis, a post-carbon economy, climate disasters, and a societal shift away from flying are all other ways in which mass tourism, or even high end tourism, could fail again. It’s bad enough that NZ is reliant to the extent it is, but there are many towns in NZ who are seriously dependent on summer and ski tourism for large parts of their local economies, and that is now coming back to bite them. The solution here is to create localised economies that feed the community and that are designed around resiliency in supporting people to make a living rather than being growth and profit driven.

Davis may be signalling here a belated move to the oft referenced but seldom acted upon targeted tourism, where instead of bulk tourists (campervans and tour buses), we have fewer, richer visitors who spend more while they are here.  But there is a missed opportunity in this, which is to integrate tourism into a broader approach of regeneration in a covid world. Instead of saving tourism, what if we focused on creating resilient communities. High end, and domestic tourism might have a role to play in serving that, but it shouldn’t be the starting point.

Things we could consider: 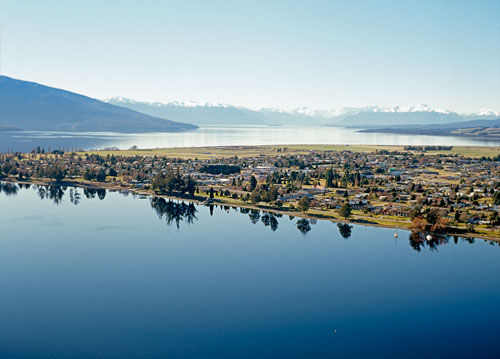 148 comments on “Tourism is the elephant in the living room ”