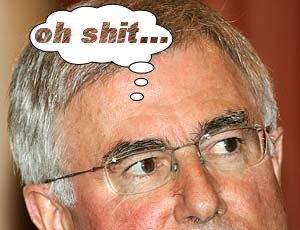 In the Herald this morning the suggestion is made that the long touted trade benefits from TPPA may not actually be there and that New Zealand is under intense pressure to cave in on access for our dairy products.

[Tim] Groser is coming under what he labels “intense pressure” to cave in on New Zealand’s demands for better access for dairy exports to three heavily protected markets – Japan, Canada – and to a lesser extent the United States – so negotiators from all 12 TPP nations can quickly nail a deal.

National is trying out a new theme, that the TPPA will spike diversification in our economy and that is a good thing.  Never mind that access for our dairy exports has always been the justification offered for the treaty.

In New Zealand – as was apparent with CEO responses to the 2015 Herald Mood of the Boardroom survey – business concern is strong that moves to diversify the economy should be accelerated to offset the dairy slump and a potential over-reliance on the slowing China market.

Groser reckons the CEOs are off-key: The services sector is a major driver for the New Zealand economy with, for instance, the drop in the exchange rate acting as a drawcard for more tourists. The over-reliance on the China market, which (to a degree) was sparked by the ground-breaking 2008 bilateral free trade agreement, will naturally reduce if the TPP is signed, giving NZ greater access to major markets such as Japan.

Hence the ability for Kiwi exporters to more adequately spread risk through increasing their exports to major markets such as Mexico, Japan, and the United States under more favourable conditions.

While I agree that diversification is vital this is something that Labour has been talking about for years and it has been National that has tried to build a strong economy on the back of cows and rebuilding our second largest city.  Diversification has not occurred at a time that it needed to.

Prepare for the backdown.  We will be sacrificing Pharmac’s effectiveness, intellectual property rights, and opening up ourselves to being sued by corporates whenever we upset them for unknown trade benefits which may not include dairy.

12 comments on “TPPA Dairy Trade provision on the ropes?”