Trump continues to get massive popular traction – why?

I spotted this article in Zero Hedge this morning. The guts of it is that seven out of ten Americans are an inch away from poverty, live hand to mouth, and do not even have one thousand dollars (USD) in their savings account. Even worse, a full third of Americans “don’t have a dime” in their bank accounts whatsoever.

So when Obama/Clinton/the US establishment keep talking about how the US economy is back on track after the 2008/2009 recession. And when Trump says that the economy is a disaster, that America is a divided nation, and that free trade politicians have exported their best jobs overseas, these particular Americans know exactly what he means – whether they support him politically or not.

And it shows in the massive crowds that Trump pulls, and is still pulling, compared to Hillary.

Today in Wilks-Barre Pa. Trump attracted massive crowds who seemed to be willing to forgive his trespasses. 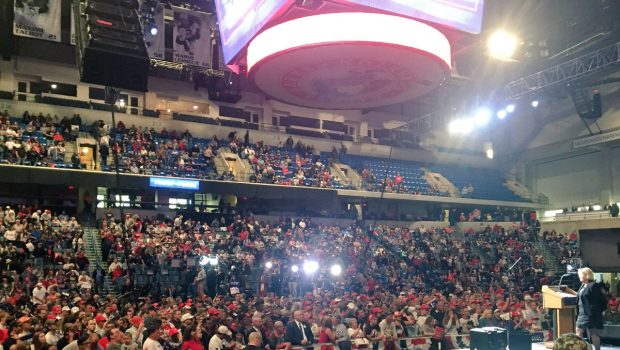 WILKES-BARRE — Donald Trump‘s supporters showered the Republican presidential candidate with admiration and forgiveness at a rally Monday night at a hockey arena here.

And then their hearts melted when he invited a father to bring his toddler — dressed as a mini-Donald — onto the stage at the Mohegan Sun Arena at Casey Plaza in Wilkes-Barre Township.

“It shows he has a personal side and he does love people,” said Cheryl Howatch, 56, of Forty Fort, Luzerne County…

“That’s guy talk, boy talk; girls do the same thing,” Howatch said. “I certainly don’t want to be held accountable for anything I said 10 to 12 years ago.”

Trump’s comments were wrong, but he made a mistake, said Cynthia Donlan, 50, of Hazleton. The debate showed he’s presidential material, she said.

“He made me proud to be a Trump supporter,” Donlan said.

The rally started at about 7:40 p.m. at the 8,050-seat arena, and the place was nearly packed to capacity. Prior to the start, an announcer urged supporters not to harm protesters — as Trump crowds have done at other venues.

The announcer also told the crowd that Trump supports the media’s right to cover the rally under the First Amendment, unlike previous rallies in which he has urged supporters to heckle reporters and photographers.

With the MSM and big corporate media pouring scorn on mudslinging “Don’n’Dirty “ Donald Trump and the Washington Post declaring “A new low, even for Donald Trump” one has to ask why all these thousands of people, and indeed thousands of women keep turning up at Donald Trump events and are willing to overlook his obnoxious, repulsive, fratboy behaviour.

My main theory is represented by Trump supporters’ views of the destructive direction that the venal Washington D.C. elite establishment and their cosy big corporate counterparts have taken their towns, their counties, and basically their every day lives, while pretending via very well dressed and polished MSM repeaters that things are as rosy as ever.

It’s a different facet of the same disgust with the establishment (and the establishment repeater MSM) which catapulted the UK to BREXIT and which told the UK Labour Party hierarchy and establishment caucus where to go. To make the message as simple as possible for the Ivy League educated Donna Karan/Armani wearing Washington Post reading beltway elite, the attitude of the deplorables and the irredeemables in the flyover states appears to be: 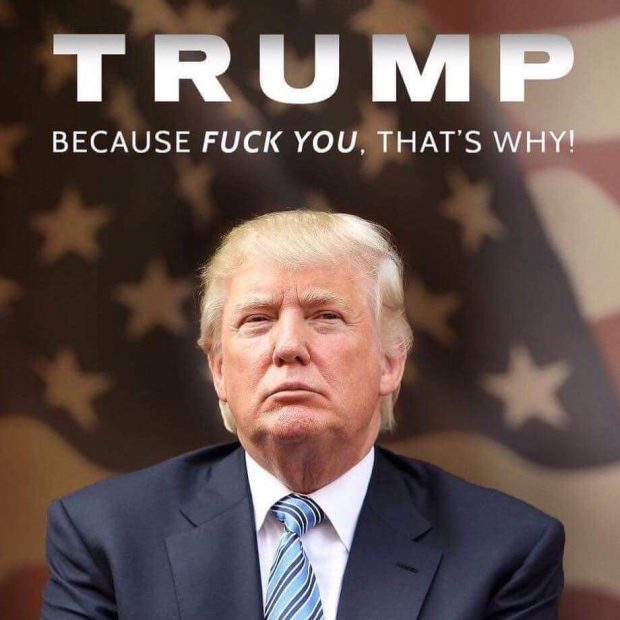 129 comments on “Trump continues to get massive popular traction – why? ”