I’ve been thinking about the different ways ministers from the Left and the Right approach governing. I think it goes back to where they come from, where their ideological roots are.

Ministers from Labour and other leftwing parties tend to have backgrounds in serving a wider community. Teachers, professors, union officials, public servants. Those roles are about using ones talents and skills in the service of a greater whole.

I think you see that attitude come through in government. Look at Phil Goff. Why is he in politics? Because, as he often cites, when his grandmother and her children fell on hard times and faced destitution the First Labour Government was there for them. Phil believes that government ought to be there for people when they need help and that’s why he’s in politics. I think if you look at the ex-Labour ministers it’s hard to credibly claim that any of them are in it for the glory or saw it as something they deserved by dint of their virtue. Sure they occasionally abused their power, I’m not saying they didn’t, but why their aim is use use that power is to aid a greater good and they understand that with power comes responsibility.

National ministers are mostly former businessmen or farmers. Those are professions where you lead, rather than serve. And if you are good at it you get rich and powerful. I think that same attitude comes through in the way they govern. The lack of care they show for people who are getting hurt in this recession. Their casual attitude to ignoring and breaking the rules and conventions of government in this country. It’s explained if one sees being a minister as a prize, a reward; what they deserve for their hard work and skill.

The problem with the Right’s attitude is that they don’t tend to care too much about the the rules. Being a minister is their prize and they’ll use it how they choose. 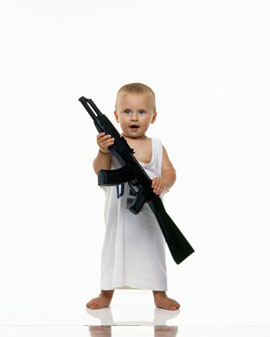 Look at Bennett. I wouldn’t be surprised if it genuinely never occurred to her that she might be doing something wrong or illegal in releasing those womens’ personal information. As minister, her power could be a weapon if she chose to use it so, and it may not have even entered her frame of reference that she had a responsibility not to use it so if the fancy took her.

Key, of course, is the other prime example. If revealing why he fired a minister doesn’t work for him, he does not feel in anyway bound by the conventions that have evolved to ensure good governance. If he plucks a number out of thin air and promises to build a cycleway with it, then he’ll get exactly that amount, without any justification and he’ll simply ignore the people who are meant to serve as checks against such arbitrary use of power.

One final example, that’s quite chilling. Matthew Hooton on Nine to Noon this week said ministers should cover their arses by doing what Murray McCully did when he was Minister of Housing. If a person rang with a complaint, he said ‘I’ll help you but first you have to sign a privacy waiver’. So, to get the minister’s help you had to give him the power to splash your personal information over the front page. Effectively, you would then be blackmailed not go public against him. No sense of responsibility. Just the raw, uncompromising exercise of power. Power that he deserved because he was minister.