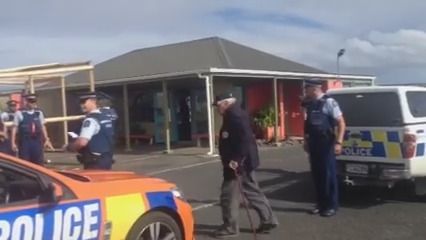 National is a master of the micro policy, making with great fanfare and noise small changes to existing rules to address what on the scale of things are limited difficulties.  The micro policies appeal to those predisposed to thinking that all beneficiaries are bludgers and living the high life at every one else’s expense.  But so often the personal status of the recipient is one that is affected by some human tragedy or frailty.  And the policy as well as being a complete waste of ministerial time to establish will only increase existing individual hardship.

Take for instance the changes to housing corporation waiting lists so those concerned about the colour of doors or the volume of birds chirping may end up being taken off the list.  The numbers of cases where this actually occurred were probably limited.  But the claimed problem has occupied an enormous amount of media time and Ministerial effort.

Another example has recently come to light, this time concerning the effects of a policy that a beneficiary with an arrest warrant will after a period of time have their benefit cancelled.  I referred to the policy a year ago and at the time said this:

… beneficiaries with a warrant out for their arrest face the cancellation of their benefit thanks to one of Paula’s reforms.  No ifs, no buts, no allowance for human fallibility, just the end of their benefit if they do not act quickly enough.

My many years working in Courts has shown to me that people, particularly people whose lives are really chaotic and who rely on a benefit to survive, accumulate warrants for all sorts of things.  Fines that have not been addressed because they cannot afford to, a minor court case forgotten because they had too many, a night on the town where they consumed too much of some narcotic substance and then forgot to turn up to Court in the morning, or some minor matter where the authorities had the wrong address and obtained a warrant in lieu can all result in arrest warrants.

Poor people live so close to the edge that any temporary interruption to payment of their benefit will cause chaos.  A week’s missed rent or important bills not otherwise paid can mean that the misery of poverty will be amplified really quickly.

This week one of those very difficult examples has come to light with news that an elderly war veteran has had his superannuation cancelled because he has refused to deal with an arrest warrant relating to a trespass charge.  From RNZ:

Eighty-nine-year-old Māori war veteran Selwyn Clarke has been begging for money at Kaitaia markets after his pension was cut just before Christmas.

Māori Battalion veteran Selwyn Clarke being taken away by police at Kaitaia Airport.

Mr Clarke’s Veteran’s Pension and disability allowance were suspended on 23 November after he was issued with a warrant to arrest.

The veteran was part of an occupation of Kaitaia Airport in September last year.

He was evicted and arrested for trespassing.

Mr Clarke appeared on Māori Television’s news show Te Kāea and said in Māori “I thought I would receive the pension for the rest of my life, but now it’s been cut and I’m here seeking financial support to live off.

Of course some will say that it was his own fault and he should have sorted out the warrant.  But he has well and truly earned his pension.  And the offence is not a major one and should be able to be dealt with quickly without this rather dramatic consequence.