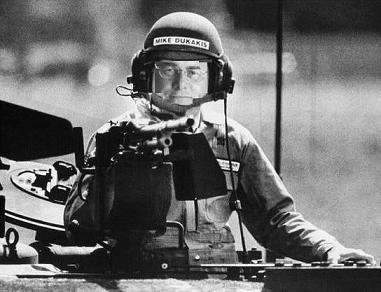 Following the first incident of a New Zealand vehicle being attacked by an improvised mine, National’s Defence Spokesman Wayne Mapp has attacked the Government over the fact the NZ military in Afghanistan do not have any of our new LAV armoured vehicles.

The problem with Mapp’s attack is it is the Army, not the Government, that decides what weapons systems are needed for a mission. They don’t want the LAVs because their armour is not needed and riding in armoured vehicles rather than the 4x4s they have would create a distance between them and the locals that could lead to an air of intimidation and hostility. Wayne Mapp is really saying he knows better than the Army what military equipment is suitable for this mission.

If we look deeper, Mapp’s attack is a model National move. It is a hollow, media-motivated attack not backed up by research, principle, or experience. These attacks can only succeed if the media accept them at face value. Fortunately, in this case National Radio spoke to the Army, Defence Minister Goff, and Ron Mark, a former Army Captain. Mapp’s attack was exposed as politicking by a man who either has no knowledge of his portfolio or prefers to put political point-scoring first.

The last thing our soldiers need is politicians making operational decisions in combat zones for political gain. Mapp deserves to be laughed out of his spokesmanship.