What does it take for bosses not to get their bonus?

Fonterra’s $196 million loss for the June year – the first loss in the co-op’s 17-year history and a staggering reversal of last year’s $745m profit – failed to seriously dent the remuneration of its former CEO Theo Spierings.

Spierings has retained the same out-sized $8m-plus remuneration he was paid last year, raising questions not just of greed but whether bonuses actually work. 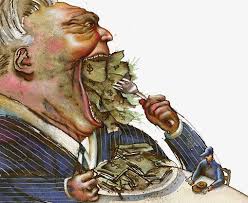 The question is: what does it take for CEOs to lose their bonus? Why is it that all risk lies with the shareholders? Why does poor performance by a company not result in CEO and top management bonuses being clawed back? And why do employment protection laws apply to those on enormous salaries so despite espousing the ideology of taking risk, it doesn’t apply to them.

Instead, what we see is that these enormous bonuses continuing to be paid despite regular abysmal performance.

Many of the KPIs that earn CEOs bonuses are just the normal things CEOs should be expected to do excellently.

Spierings’ pay last year led to calls to reign in levels of chief executive remuneration and caused angst amongst many of Fonterra’s farmer-investors.

The co-op said its normalised earnings before interest and tax was $902m, down 22 per cent. But for a big company to claim “normalised’ earnings is a nonsense.

For big operations, every year will include “abnormal” events.

The average loss relating to farmers’ ownership of Fonterra for the co-op’s 10,000-odd farmer-owners amounts to $8,000.

The abnormals were a $405m writedown in investment in Beingmate in China – an investment that can certainly be sheeted home to Spierings’ management, and a $183m payment to Danone from the botulism scare, an event that was incredibly poorly managed by the company and its PR firm.

No pay details have been disclosed of interim chief executive Miles Hurrell, who took up his position last month.

Hurrell said, “there’s no two ways about it, these results don’t meet the standards we need to live up to. In 2018, we did not meet the promises we made to farmers and unit holders.”

What he didn’t add is that we will pay our CEO and top managers their bonuses anyway.

This year, Fletcher Building, what was our second largest majority locally-owned business with any international competitive impact, made similar catastrophic losses – a $190m loss for the June year.

Its former CEO, Mark Adamson, was paid a $2.9m “exit package”. Although he forfeited $8m of bonuses held in a long-term share scheme, my question is why should a CEO who has overseen a loss of ~$5 billion in shareholder value not just be sent down the road, no questions asked?

Part of the trouble lies in the fact that people on very high salaries get the same employment protection that ordinary workers receive. I would argue that the law should be changed so that once an employee receives remuneration of over ten times, or even five times, the average income, he/she should be prepared to take the responsibility that they live or die by their performance.

As a former businesses reporter, time and again I would see bosses fired for incompetence but paid enormous “golden parachutes”. Once, after a CEO of Tower was sacked but paid a $4m golden parachute, I asked if the same conditions would be put in place for the replacement; chair Colin Beyer said: “Of course, we have to remain competitive”.

It was pigs at the trough closing ranks.

(Simon Louisson is a former journalist who reported for The Wall Street Journal, AP Dow Jones Newswires, the New Zealand Press Association and Reuters and has been a political and media adviser to the Green Party).

17 comments on “What does it take for bosses not to get their bonus? ”