What happens when the Covid vaccine becomes available? 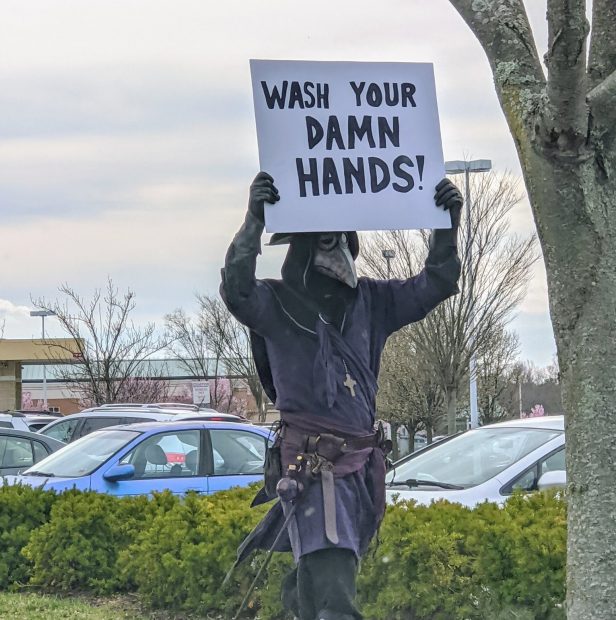 Boris Johnson and the UK conservatives must be very pleased.  As infection and death rates spike and hospital beds fill up the Pfizer vaccine has been approved and is beginning to be rushed out.

After making a complete and utter fcuk up of the response they have a second chance, this time through vaccines that appear to work.  Fingers crossed there are no problems.

The UK has become the first western country to license a vaccine against Covid, opening the way for mass immunisation with the Pfizer/BioNTech vaccine to begin next week for those most at risk.

The vaccine has been authorised for emergency use by the Medicines and Healthcare products Regulatory Authority (MHRA), before decisions by the US and Europe. The MHRA was given power to approve the vaccine by the government under special regulations before 1 January, when it will become fully responsible for medicines authorisation in the UK after Brexit.

The article reports that the United States is also rushing through emergency approval of the vaccine.  Such urgent action is necessary because America has also made a complete hash of its handling of the virus.  It has not helped that the current POTUS is more interested in playing golf, alleging voter fraud conspiracies and engaging in culture war skirmishes with professionals, who know what they are talking about, urging protective measures to be taken.

Record-high Covid infections and hospitalisations have been reported in the US, with fears they will not slow in the run-up to Christmas.

The number of people in hospital passed 100,000 for the first time, a figure that has doubled since early November.

The city of Los Angeles has reacted to an unprecedented surge there by ordering residents to stay at home.

Nationwide, infections are now closing in on 14 million, with more than 264,000 deaths, according to data from the Covid Tracking Project.

Figures have continued to soar in recent weeks, with around a million new infections reported every week in November. – equivalent to 99 every minute.

In response to surging numbers, US authorities have warned that the country’s healthcare system faces an unprecedented strain this winter.

“The reality is that December, January and February are going to be the most difficult time in the public health history of this nation,” said Robert Redfield, director of the Centers for Disease Control and Prevention (CDC).

The vaccination process is not going to be a simple one.  The Lancet has estimated that the vast majority of the population may need to be vaccinated, depending on the duration of the vaccine’s effects and its efficacy.

How much vaccine is required by any given country year by year to create herd immunity to block SARS-CoV-2 transmission, and how long this will take requires calculations with clearly defined assumptions. Vaccine delivery will probably scale up only gradually as manufacturing capabilities develop over 12–24 months post licensure of a COVID-19 vaccine. As such, the impact of vaccination on the transmission of SARS-CoV-2 will start slowly and build up over a few years to reach target coverage levels. The amount of vaccine required for a defined population will depend on evidence from phase 3 COVID-19 vaccine trials on efficacy and what can be assumed about the average duration of vaccine protection—it will be an assumption until the findings of phase 4 trials on duration of both protection against infection and severe disease are reported.

Countries with large infection rates are not going to be able to come out and party the first week the vaccine is released.  It is going to have to be a carefully managed and precise process, qualities that Boris Johnson and Donald Trump amongst other right wing leaders have not demonstrated so far.

And the vaccination rates required are going to challenge those of us who do not accept their validity.  In the US only 58% of the population has indicated a willingness to receive the vaccination.  They are going to have to do much better than that if they want to quell the virus.

New Zealand is planning to roll out the vaccine in March 2021.  It is good that we have a bit of time to measure the efficacy of the vaccine.  Right now the United Kingdom is going to become one big experiment.

At some stage we are going to have to review our approach to border security.  But I think that for now we should sit back and wait and see if the US and the UK handle the virus better than they have so far.

60 comments on “What happens when the Covid vaccine becomes available? ”