What has happened to Simon Bridges? 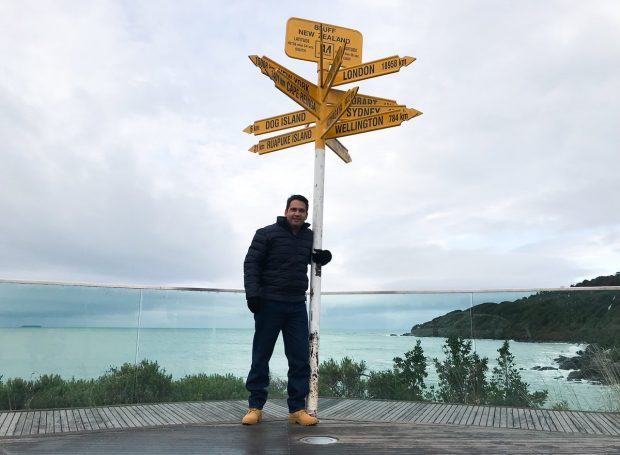 You would think that while Jacinda Ardern takes time out to properly introduce baby Neve to the world opposition leader Simon Bridges would be striding throughout the country like a colossus and really make a name for himself.

But he has been rather invisible.  Maybe it is part of a cunning plan by National Strategists to lull Labour into a false sense of security.  Maybe they think he is better to wait until Jacinda is back.

Like when he criticised David Clark for a quick trip to Australia to settle his kids in. Duncan Garner was scathing about his comments describing him as being truly pathetic. From Newshub:

“Leadership in these sorts of incidents, talking things down, talking in good faith about what the solutions are, they matter, and I think [David Clark] should’ve been here,” Mr Bridges told The AM Show.

But Duncan Garner didn’t take the comments lightly. He said it was “truly pathetic” of Mr Bridges to attack Dr Clark for being out of the country for 33 hours during the week when the nurses were striking.

“He has a wife and three young kids who he helped transport to Australia. He stayed the night and came straight home. A sprint to Australia and back to help your family get somewhere is hardly a perk. Being a minister is not his only job in life,” Garner said.

Dr Clark did the right thing by escorting his family over to Australia, Garner said, because travelling with young children is “a pretty stressful thing”.

It was not as if Clark was engaged in the negotiations.  He was not.  Health Board representatives were involved.  And he had his cell phone with him.

Bridges latest major media engagement was this weird interview he had with Radio New Zealand.  He was asked about the recently released New Zealand Defence Force Strategy which warned about expansion of Chinese activity in the South China sea and the implications for peace.  Bridges response was this:

“The defence paper is pretty clear in its critical stance but [Foreign Affairs Minister Winston Peters] won’t bring himself to be in that space,” he said.

“I think that is worrying. We all deserve, actually China deserves, a clear position from New Zealand, not having to read the tea leaves, not having to be open to misinterpretation.”

There needed to be greater clarity and understanding around the defence paper to avoid the risk of negative economical consequences, he said.

“We need to understand the validity of where Mr Peters is taking us in this – we’ve got the stringent defence document, we don’t see that coming through in his comments, it’s this very obtuse position.

“I’ve got to say as well, this will have economic ramifications for New Zealand. I just don’t think there’s any doubt about that,” Mr Bridges said.

What was he saying?  We should not criticise China because it may affect trade?

He was asked a curly question by Espiner about National MP Jian Yang and blew it.  The discussion went like this:

Bridges – no, not at this time

Bridges – that would be right, he is remarkably effective at that …

But it is not only the misspeaking that is getting him into trouble.  It is also his invisibility.  He seems to be missing from the media at a time when there is little opposition.

As an example the National Party blogger has posted three posts in the past month mentioning Bridges.  One was an incidental mention of him in a quoted passage by Shane Te Pou, the second was a post where questions that Bridges asked of Peters in Parliament were referred to, and the third also contained an incidental reference to him.

By way of contrast my count is that Jacinda Ardern was mentioned in no fewer than 12 Kiwiblog posts.

Although the content is somewhat confusing this Newstalk  ZB heading from a normally supportive media organisation speaks volumes.  It says “If Simon Bridges fails, at least he’s tried”.

Other cheerleaders claim that he is putting in the hard yards and is a social media warrior.  The facebook like count would suggest otherwise.  Jacinda Ardern has 276,000 likes compared to Simon’s 33,000.  And having your invitation list open so that anyone can see that right now only four people intend going to your Te Atatu public meeting scheduled for tomorrow is not the sign of a social media warrior.

I am sure Bridges is trying.  I am also pretty sure he is failing.

42 comments on “What has happened to Simon Bridges? ”