There have been a number of stories recently about the number of doctors heading overseas but they are usually sensationalist and lack context. The most important questions are how many doctors do we have working in New Zealand, and how does that relate to the size of the population? Fortunately, the Medical Council produces an annual report on the number of active doctors. And, guess what? The number of doctors working in New Zealand is not only increasing, it is far outstripping population growth. 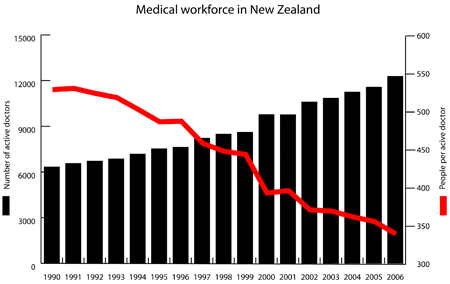 Would it be great to have more doctors, retain more New Zealand-trained doctors, and pay doctors more? Yes, yes, and yes.

Does the fact some New Zealand doctors are heading overseas mean we’re running out? Doesn’t look like it.