Where is the Government on oil reliance? 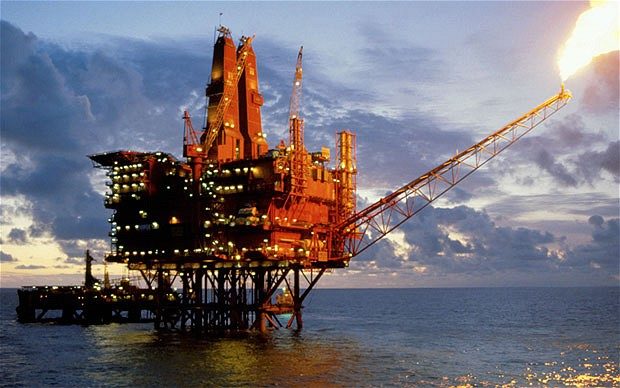 Even though New Zealand is one of the most oil-reliant countries on earth, this government appears unable to pronounce the words let alone respond to what is going on.

Three things inside a month are really bringing this home big time.

The first on Monday was the key Saudi refinery and oil installations being attacked. The resulting spike in oil prices also drove up price at our petrol station pumps by late Tuesday. There’s some chance that – just as they did in the Gulf War – the United States will artificially drive up the price of oil through a massive military attack in the Middle East.

New Zealand was unable to make any such assurance on opening oil reserves to its own citizenry because as citizenry we don’t have any. We only have about five days’ worth of fuel on hand, and they are completely privately owned. The price spike isn’t a bother yet, but military action against Iran by the U.S. would sure be a bother. If Iranian installations were attacked, the degree of Chinese investment in them could also see China drawn in to such as war.

Another moment that really brought that vulnerability home was when the fuel line from Marsden Point to Auckland was ruptured in 2017. Doesn’t matter who did it. It showed that our entire aviation section relies on this one fuel line, and 90% of our car and truck fuel as well. All of our land transport was close to just stopping (excepting the tiny supplies that Gull could have brought in).

So this week a report finally came out recommending that “government and industry work together to put in place and regularly practise sector-wide response plans, to improve the response to any future incident.” Ta-daaa.

But before we all get excited that something could be done, the report notes that “The fuel supply chain infrastructure is largely owned or controlled by the three major fuel companies (BP, Mobil, and Z Energy) through complicated joint venture arrangements, with limited government oversight or ability to intervene.”

And these three also own a very big interest in the Marsden Point oil refinery.

Way back in June this year MBIE finally got to hear what the total fuel storage those companies have on hand for us all actually is.

Woo hoo. No idea from said officials how to control, influence, price-regulate, emergency-ration, or successfully regulate it, but we get some idea of how much is on hand.

So, already, you can see this isn’t one of those gentle How To Get There posts. This is a What The Fuck Is Going On post. It’s here and now.

Another key moment was in August this year when the Commerce Commission released its findings into its exhaustive investigation into the main fuel companies. That’s the one in which Prime Minister Ardern asserted that the New Zealand public were being “fleeced”.

That’s also the one in which the major suppliers were so reluctant to give up their information that the government actually changed the law so that they could be forced to give it up to investigators.

The results were as blunt as they could be without being written on a charge sheet in front of a court when it came to cartel-like behavior.

This report spelled out that Z Energy, BP and Mobil had a series of interlocking infrastructure ownership and operational arrangements that go back to before the fuel market was deregulated in 1988, 31 years ago. Yup, that far. And they’ve probably been screwing us for longer. In more straightforward language than the report into the pipeline disaster, this report spells out that the Marsden OIl Refinery, coastal shipping operations, inland support logistics, and regional ports, are all fully bought into this. Here’s a quick graphic on the findings:

These same firms use this joint network to supply 90% of the nation’s petrol and diesel, either through their own branded service stations or via other distributors or resellers on exclusive long-term wholesale supply contracts.”

And with that much control over the supply chain, any new importer has a very, very, very hard time even imagining forming their own supply chain.

What do we hear from this government or indeed the Opposition on any of this? Close to radio silence.

On all three counts this government has done nothing.

Those are three really big warnings that New Zealand is utterly reliant or foreign oil, is in the thrall of three cartel-like companies for supply and transport and retail of fuel, has no strong regulatory mechanisms to decrease the impact of any constraint upon that supply either within New Zealand or internationally, and no plan in short for the next oil crisis which is so obviously coming.

(All power to you if you just ride a bicycle and never fly a plane. Almost everyone in New Zealand mostly uses a car to get around. We’re driving more than ever before, own more cars per capita, and have one of the highest rates of vehicle ownership in the entire world).

It’s not just the absurdity of the Prime Minister going to another United Nations climate conference on the weekend without a post-oil plan. If only the problem were that small when any “transition” is simply code for kick the can down the road, again. What’s more pressing, more outrageous, is the lack of response across the entire government to a clear, growing and accelerating crisis in the fuel and oil that drives every single piece of our economy. Nothing we do is untouched by oil, and most everything we do is reliant on it, so security of supply is critical to security of our entire country.

14 comments on “Where is the Government on oil reliance? ”