Who Will Protect Us From Media Power Now? 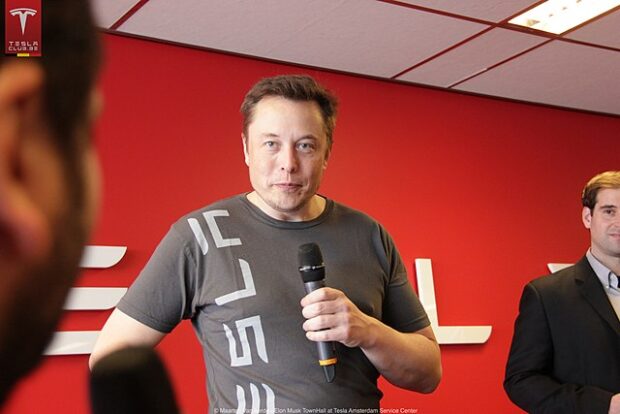 With RNZ and TVNZ now in full merger mode, we have yet another untested state megalith upon us. But where is the power that will hold it to account?

This government has an unnerving ability to form massive entities that have negligible Ministerial oversight or indeed any influence by the public.

Which brings us by way of illustration to Twitter. Twitter has emerged to be one of the most important participatory tools left to citizens in any free country but especially in the English-speaking ones. Elon Musk is gathering his investors to simply buy out Twitter. There is little state regulatory say in the matter, since it stems way back when President Clinton was enabling this huge social media industry to boom by putting into force the Communications Decency Act and in particular Section 230.

Section 230 laid the groundwork for much of the internet we know today. In a nutshell, Section 230 provides that “No provider or user of an interactive computer service shall be treated as the publisher or speaker of any information provided by another information content provider,” the effect being that social media platforms are largely protected from legal liability arising from content published by users. It is from under that shield that the social media evolutionary explosion occurred.

Because social media has damaged so many candidates and distended political power so much, there is a surprising lack of cooperation between Republicans and Democrats to remove the power that Section 230 has given to social media giants.

To find a time when monolith-smashing regulation was proposed and put into action in New Zealand, we have to go back to 2006-7 and the breakup of the Telecom near-monopoly of broadband. A very strong set of regulatory and commercial controls was imposed upon Telecom – leading to the quick departure of CEO Theresa Gattung and Chair Roderick Deane. From that point and from the successor National governments’ broadband fibre rollout, New Zealand has seen a simply massive boom in this entire digital tech industry.

In the Cabinet paper for the RNZ-TVNZ merger there was significant emphasis put on editorial independence by setting up a Crown entity to hold it which had strong independence. The last time government formed a powerful entity with this much independence was in NZ SuperFund and its Guardians. Through 2017-18 NZSuper was responsible for actively conspiring against multiple government Departments in its light rail proposal into an attack on NZ’s largest-ever procurement process, which brought down a senior Cabinet minister Phil Twyford and set the project back at least a decade if not forever. So there is dangerous form in generating powerful entities with almost no Ministerial oversight at all.

So now let’s do a comparison. In 2020 the ex-President Trump advisor Steve Bannon was banned from Twitter for calling for the beheadings of several people including Dr Anthony Fauci. Whereas on Facebook Mr Zuckerberg felt that Bannon’s comments weren’t enough to block him. This is what you get when publication decisions are entirely privatised. There is neither common measure nor common public force that ensures justice is evenly weighed from one publication judgement to the other.

Let’s say then that Mike Hosking becomes Editor In Chief of news at the new entity, with a façade of two newsdesks for radio and tv. His editorial line becomes that Ardern is a charming big-state neo-NAZI – not much of a stretch. Exactly who in either the regulatory or political order could stop him? Indeed if Mike Hosking in that position took it upon himself to target you and your family, what in reality could you do about it?

The Broadcasting Standards Authority has neither the speed nor the power to stop it. That power lies in reality nowhere. Insofar as the legislation proposes a Charter for the new entity, it appears to be more an internal guideline for unifying corporate culture rather than a standards enforcement mechanism.

The current thinking is for a permissive set of high level purposes which focuses on Maori representation, as well as stating as it should  deliver “reliable, accurate, comprehensive, impartial, and balanced regional, national, and international news and information.” Such Charter reporting requirements will simply be stuck in the Annual Report, overseen by Treasury and Manatu (MCH), and otherwise continue on their merry way.

It may seem like forming massive new public entities without strong regulators is the perfect way to express political will deep into the long term without nasty distractions like elections, but then that’s an oligarchy not a democracy. When the state is unregulated, at some point it will turn its eye to you. And then you are royally screwed and there’s not a force or regulator you can turn to: they are the media. Media power is already incredibly concentrated here.

This follows an unnerving pattern within this government.

Then there’s water, with the removal of democratic oversight right across the country, and an untested regulatory arrangement.

Then there’s carbon and climate change mitigation, which is being run by a most complex system of carbon trading that only a few elite players in fuel and electricity generators will have much part in its pricing and operation.

And now there’s media, with the merger of RNZ and TVNZ now well underway.

Ordinary citizens are being disempowered in massive areas of their lives and participative democracy is actively being constrained into tighter and tighter areas of New Zealand.

We do not want to get to the point where an elite class of unelected Board members of public entities has so much more power than any power a democracy can muster. With this merger Kiwiblog, The Standard, Greater Auckland et al become far more important for actual citizens to comment and share because we are the last centres of largely un-corporatised speech.

9 comments on “Who Will Protect Us From Media Power Now? ”