Why won’t Labour help disabled people out of poverty?

This is beautiful in its simplicity, compassion, and social intelligence.

Here is a policy idea: pay the disabled a living wage and let them contribute to society in a way that is meaningful to them. #nzpol

Of all the things that Labour does and doesn’t do on poverty, how they treat disabled people on a benefit is the biggest red flag of all. People who cannot work because of impairment face double poverty: being on a benefit that is intentionally set well below the standard of living we think is fair in New Zealand. And then the compounding poverty of not having the capacity to make up for that in other ways because of disability.

We know Labour has done some things to improve the lives of people living in benefit poverty. But they stop short of the kind of transformational system change that would allow disabled people to take full part in society. Instead Labour seem to be relying on the ideology that getting people into jobs solves poverty. Those that can get a job will be ok, everyone else is to be left behind.

The problem here is that there are tens of thousands of New Zealanders who cannot work due to disability. Many of them cannot live meaningful lives or make a contribution to society because of the double poverty. The sheer waste of so many people’s talent, energy and lives is staggering.

There are something like 95,000 disabled people or their full time carers on SLP (Supported Living Payment, used to be known as the Invalid’s Benefit). To get SLP you have to be unable to work full time and have a disability that lasts a long time. In other words, you are unable to work to earn enough income to live.

Labour sets the rate for SLP at $359 (after tax) for a single person with no children. By comparison, the minimum wage at 40 hours/week = $718 after tax. SLP is half the minimum wage.

There are non-taxable, asset and/or income tested, supplementary benefits, granted at the discretion of the WINZ worker you happen to be dealing with on any given day:

If you have savings or assets, you are ineligible for AS ($8,100) and TAS ($1,193). You are expected to use those savings for living costs until they drop below the threshold, then you can apply for AS. Consider what that means for anyone with savings who ends up disabled and unable to work. WINZ strips them of any excess wealth and brings them down to poverty level.

There are also long term disabled people on the Jobseeker Allowance who should be on SLP but can’t get on because successive governments have made it too hard.

On either of those benefits, you are allowed to earn additional income up to $160/wk before your main benefit is reduced. That’s six and a half hours at the Living Wage of $23.65.

When core benefit rates rise, many beneficiaries don’t get the full amount, because of the calculations use to determine AS and TAS rates. Labour knows this and fudges it when doing welfare PR.

None of that is even getting to the cultural problems within WINZ that create additional barriers. Stories like legally blind people being required to repeatedly document their ongoing need for a benefit aren’t uncommon. 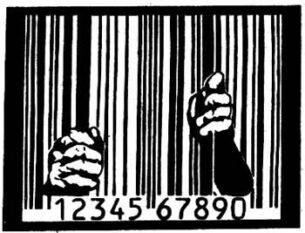 If all that makes your eyes glaze over, imagine what it is like for someone who is unwell, has mental health problems, doesn’t have a body capable of doing basic things like internet searches of the obscure WINZ website or how to access help, or has been living in poverty for so long that they can’t see any way out. Then read the tweet again.

Here is a policy idea: pay the disabled a living wage and let them contribute to society in a way that is meaningful to them.

The sheer waste of so many people’s talent, energy and lives is staggering. It doesn’t have to be that way. So why is it?

The second reason is that Carmel Sepuloni, as Minister for Social Development, Disability, and ACC, has had a five years to help disabled people on welfare, and she hasn’t.

When she became Minister overseeing WINZ in 2017, in the wake of a slew of public debate about welfare arising from Metiria Turei’s Green Party welfare reform announcement, increasing MSM stories about the huge cultural problems within WINZ, and a groundbreaking grassroots report from We Are Beneficiaries, Sepuloni chose not to meet with beneficiary groups but instead tweeted an incredibly tone deaf PR piece which she later deleted after the backlash.

These managers are the ones that had been overseeing years of punitive welfare under the Key/Bennet years. 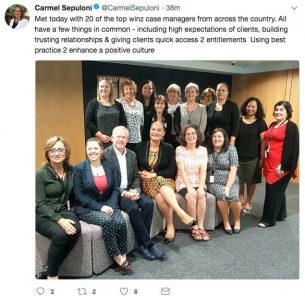 I think she is both ideologically unsuitable, and incapable, and should be replaced.

If the Greens get enough MPs next year and Labour get to form government, then we might see someone like Marama Davidson as Minister for Social Development. That’s the game changer because The Greens, unsurprisingly, already have a suite of progressive policies for disability welfare.

Work and Income site (use MAP not the main site).

93 comments on “Why won’t Labour help disabled people out of poverty? ”