Will our cities revive? 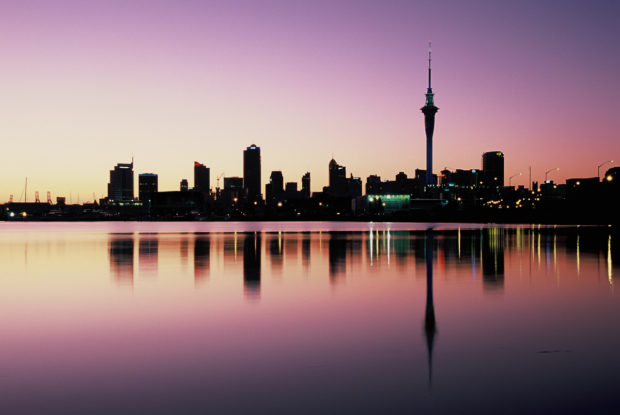 Our cities are the nation’s lungs; they recycle and accelerate external goods and transform them internally into faster circulation. Auckland and Christchurch have had tens of billions invested in them over successive local and central governments, but has this improved our strength or wealth as a country at all? Has it all, through fate, been misdirected?

The Christchurch revitalisation arose out of the multiple earthquakes of the previous decade.

The Auckland CBD rebuild was a collection of projects that were done in time for APEC, America’s Cup 36, and a variety of other now cancelled or now-tiny events. Tens upon tens of billions of dollars went into both in the last decade.

We’re now pretty used to seeing the urban impact of Covid 19 on the United States. But it’s time to turn the camera onto us. New Zealand is more used to natural disasters. We reacted to the floods in Southland earlier this year with big stop-bank projects to protect towns and farms. But our reaction to natural disasters on their own don’t do anything to stem injustice and inequality.

For our cities, we have yet to identify the specific kinds of renewal that we are going to need that will protect us from this happening again within the same degree of devastating social and economic impact. New York, for example, did not react to the snow blizzard of 1888 by stockpiling snow shovels. It created an entire infrastructure of subterranean electricity and transit. The disaster we are in now has occurred fast and is also slow-rolling, and its damage on our cities is just as far reaching as that 1888 blizzard.

The greatest lesson of the outbreak may be that our modern cities are inadequate to keep us safe in this new context. Safe not only from coronaviruses, but also from other lung-and-blood damaging diseases. Cities are where 84% of NZ live.

We have also redesigned our two main cities over two decades to have higher density living. But crowding of any kind is now a key risk factor in disease transmittal.

This points to areas around which the state needs to completely re-organise itself and society within those two cities:

New Zealand has a partial pay healthcare system, in which the richest have private healthcare that gives them much faster access and to higher quality services, with the great majority of us waiting in line for pretty average healthcare that takes waaaay too long to happen. Ask anyone who’s been to an NZ public A and E, or even needed a scan.

Part of the redesign of a safe city is a guarantee of universal and free public healthcare, which is resourced enough to respond with speed to further fast outbreaks. We’ve had to turn over car parks to become clinical testing stations. Even hospital oxygen capacity would have been missing if more had got really sick. No doubt we’ve made big advances over successive Labour governments to make universal and free healthcare more free. But it isn’t yet enough to reverse the inequality-accelerated health damage of a pandemic.

In fact Christchurch shows us doing the reverse. At precisely the point that we need a generous public health system, we are opening a large new building in Christchurch to renew the hospital system of Christchurch. But we can’t afford the medical staff to make them any use to us.

Rather than continue to underfund Christchurch to rein in the deficit, recognise that DHB’s actually need a lot more money to start with, and pay them. The proposed DHB reforms barely touched upon this most massive of health crises.

In an age of pandemics that will continue in the years ahead, universal and free healthcare is not just a safety net, it is a matter of national security

We can see that breathing is a public health good. Weird to say right? We’ve known it for smoking, which kills around 5,000 people per year in New Zealand either directly or from second hand smoke.

We’ve known for about two decades that around 400 people per year over 30 die each year from vehicle particulates.

Respiratory risk from living in cities is now the key public health risk of our time, because it focuses together smoking, urbancombusion engine particulates, and pandemic response into one organ: our lungs. We are a long way from integrated social marketing to the national risk to our lungs, but that’s where public health policy needs to go. We’re still stumbling towards individual tracing.

Who wants to travel on Auckland or Christchurch’s public transport now? Public transport has grudgingly improved in Auckland and Christchurch after decades of dedicated public servants wresting projects and programmes away from ideological death. But now, future demand modelling will be impossible to forecast properly for years to come. Maybe we have to redesign our public transport to have seats more like Business Class alcoves. The current design has unsupportable risk for us all.

Private car use upon which both Auckland and Christchurch are so dependent, will be more trusted. People will be quite reasonably retreating to their safe cars rather than public transport. They will prefer time penalties to pandemic risk. And yet parking is now such a high stress and high cost.

The government needs to mandate government departments and entities to work from home, and to subsidise broadband to the home to do so. The muddled advice from the State Services Commission to encourage public servants to go to work, in order to support downtown shops, was so wrong-headed, so dangerous.

What the State Services Comission need to concentrate on is broadband poverty. Because people won’t want to take public transport, and parking is so very hard to get, they will at all costs work from home. So broadband poverty at home becomes even more important in our two large cities than transport poverty. Government needs to greatly subsidise us to stay at home and be locked in place, ready for the next hit – and to sustain as much economic and social activity as possible from there. Winter fuel subsidies are one thing: broadband is now where we spend our modern lives: work and school and play.

We are now in the pointy bit of what Bernard Hickey calls the K Recovery; where the rich diverge ever faster upwards from the crisis point, and the poor accelerate downwards.

Almost by accident, and without debate, the Labour-led Government has delivered the biggest shot of cash and monetary support to the wealthy in the history of New Zealand, while giving nothing to the renters, the jobless, students, migrants, and the working poor who mostly voted it in.”

What he’s pointing to with a little hyperbole is the need to increase welfare payments quickly. Very soon the Winter Heating Supplement will come off, the mortgage “holidays” will at some point be discontinued, the wage subsidies come off, and the reality of a 10% hit to GDP will be felt on all jobs. We need to urgently lift welfare payments. And to do so evenly.

Houses are the sinew and muscle and skin of the city. Like oxygen and lactic acid, almost all our exchanges of good and of damage occur right there. The need to redouble our speed of social housing construction is a massive need in a Covid-19 world. People with low incomes in South Auckland are more likely to be of Pasifika descent. A lot of them work in night shifts cleaning and in security and in warehouses, in care facilities, cleaning, and at the airport. They are more likely than others to live in multigenerational households, making pathway of transmission more varied. Risk.

Each overcrowded and low income house is a higher risk of accelerating future spreads to be a fast and vast disease spread. We know this already, but not to the point it required entire national or regional lockdowns for months on end. It’s like the pandemic writ all our existing social faults in sky-high letters.

Now, there’s more to cover about our cities, like buildings and air conditioning, the fate of sequestered hotels, and the fate of apartment living. But that’s enough.

None of the above is new. All of it was known. The pandemic has made it far worse, far faster, and far more urgent to address. We are about to start creating a new way to operate within our cities. Gone are the pulsing crowds across grand boulevards that urban designers set down by 20th century designers and are now nearing completion. Gone is our world of food culture, eating out, freewheeling cafes, trying on clothes, the great urbaniste constellation of shopping as pleasure.

Welcome home, however lonely or crowded or difficult it is.

All put together this is a vision of 21st century NZ cities remade with public health in mind. We will be closer to each other in the house, we will go out to work and shop less, we will use airports less, we will be more focused on our home and our immediate shops, we will focus on hygiene, everywhere in the city, we will behave as if we are all more anxious about any impact on our lungs. We have got none of the public policy mechanisms around this yet.

Our cities must change to live with perpetual pandemics.

43 comments on “Will our cities revive? ”