“Work” and the false economy of Bennett’s welfare reforms

Bennett’s reforms aim to cut the costs of government spending on welfare. But what this means is that more of the necessary caring and service work in NZ will be unpaid, or underpaid. It doesn’t mean people will necessarily work harder or longer. It’s a mistaken belief of the bennie-bashers that beneficiaries who are not in paid employment, don’t do work that makes a significant contribution to society and the economy.

Under capitalism, “work” has come to take on a primary meaning of paid work. This tends to mask how much positive energy people put into unpaid or underpaid activities that are of value to society. (Henceforth, in order to avoid confusion I will use the term “wurk”, to refer to both paid and unpaid “work”). Paula Bennett’s latest welfare reform bill the Social Security (Benefit Categories and Work focus) Amendment Bill, and a lot of the opposition to it, put a strong focus on paid work.

In the comments under my post on the second reading of Bennett’s latest welfare reform bill, there was an important discussion on the way both government and opposition parties put their main focus on work, getting beneficiaries back into work, and “work-readiness”. (Special mention to Dave Brownnz, Xtasy, Bill, and weka for their valuable contributions on the issue of “work”).

Mainstream economists and many right wingers tend to particularly hail the noble cause of “work” that increases the profits of private enterprises. They don’t acknowledge that some of these enterprises can be damaging to the health of citizens, society and ultimately the economy (e.g. think of some aspects of the fast food industry, the alcohol industry, an undue focus on RONS and the gambling industry). 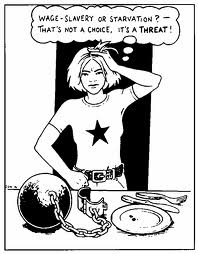 In contrast, there is also a fair amount of academic, government/state and international research that has focused on the definitions of “work”, comparisons between paid and unpaid activities, and the relative contributions each makes to the economy. The government’s own online encyclopaedia charts the history of unpaid work in NZ. It outlines changes in women’s domestic work and other necessary daily activities like DIY, that are necessary to keep the country, its economy and its paid work force operating effectively.

It’s difficult to be fully totally accurate in classifying and thus measuring paid and unpaid wurk. Statistics NZ has a 2001 article reporting on the relative time spent on, cost and benefit of paid and unpaid work in NZ.

And a 2011 OECD comparison of 28 countries shows that internationally people spent one tenth to one fifth of their time on unpaid work.

Here the statistics gathered between 1998 and 2009 show that, on average, this is how New Zealanders spend their time: 16% (of their time on) unpaid work; 19% paid work or study; 48% personal care; 17% leisure. However, it is not easy to clearly differentiate “unpaid work” from leisure activities. For many people, especially women, domestic wurk is something they do in their leisure time.

Bennett’s welfare reforms will be a false economy. They will provide more ways of controlling those on low incomes, resulting in an increase in unpaid and low paid servitude, for the benefit of the state and private enterprises.