Around 20,000 people took to the streets of Auckland yesterday, while behind police lines, in its spiritual home SkyCity, the National government signed the TPPA. (This is largely a symbolic action, the agreement still needs to be ratified by the member countries, and laws need to be changed, before it has real consequences.)

The protesters came from all walks of life. As usual, instead of acknowledging their valid concerns, Key tried to dismissed them as “rent a protest”.

The protest was vigorous but peaceful. There were no arrests, and I haven’t seen any reports of property damage. The police acted (mostly but not completely) with restraint. Bravo to both groups (and a big Fuck Off to certain fools on Twitter who were doing their best to incite the police to violence). Despite the travesty inside SkyCity, what was happening outside was in many respects a democratic nation at its finest.

Here’s some photos that caught my eye on Twitter (sorry I didn’t record the sources). Includes a couple of screen shots of the areas of traffic disruption. 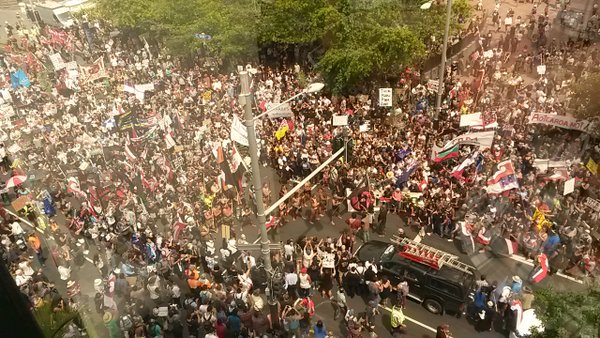 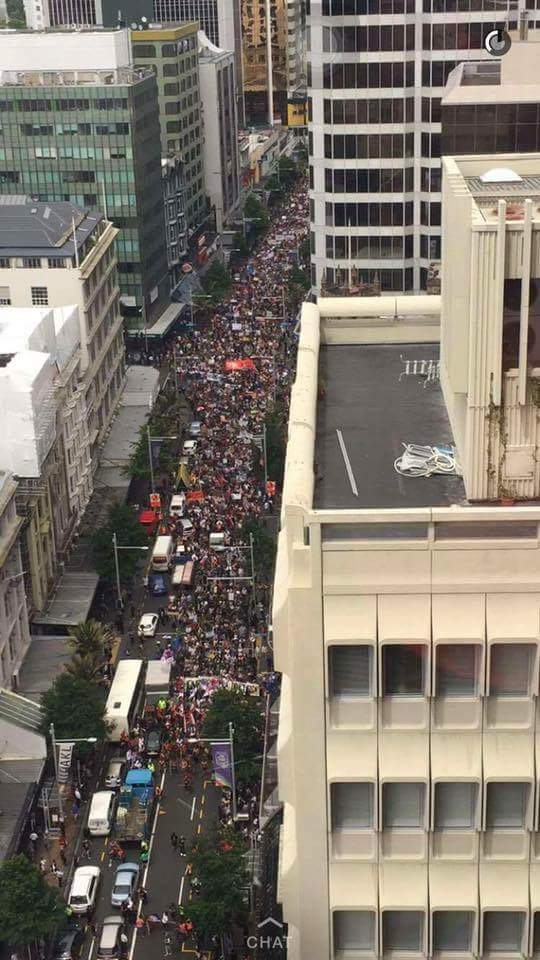 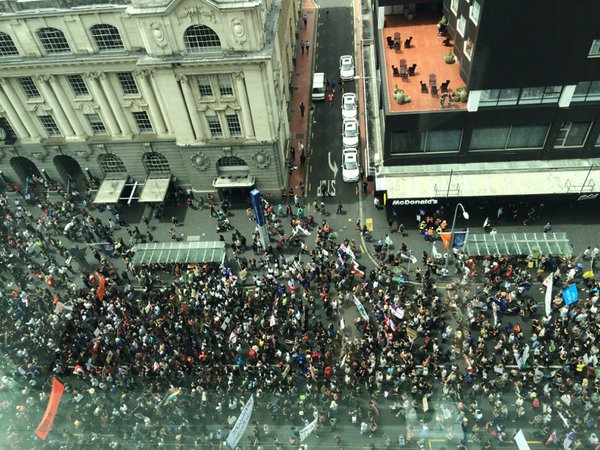 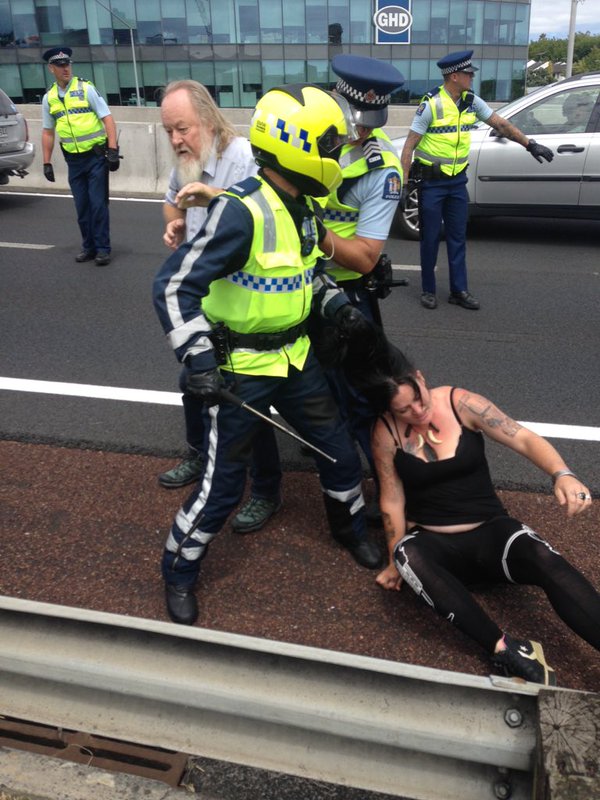 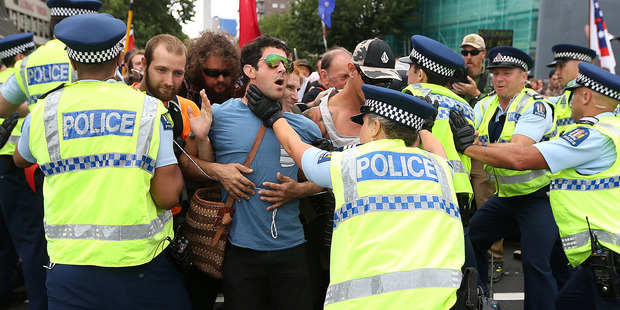