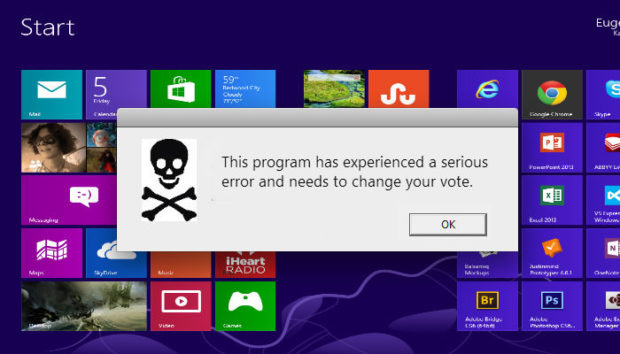 Auckland Council wishes to conduct a trial of online voting at next year’s local government elections and the local boards are being asked to comment.

People that know me will be aware that I am a somewhat self confessed technophile. I have owned a computer for 30 years now and my MacBook Pro is rarely not by my side.

But I must admit having misgivings about the proposal to test run electronic voting and wonder if this will be too soon.

The report that the Waitakere Ranges Local Board is to consider this week says this:

The internet has become an integral part of everyday life. Many of the transactions that used to be carried out by post have long been replaced by online options, to the extent that people expect online facilities for their day-to-day activities. Online voting is therefore a natural progression and constitutes an opportunity to modernise the operation of local democracy in New Zealand.

The current postal voting method relies entirely on New Zealand Post providing an effective and reliable service. It is a reality that the postal service is declining. Fewer New Zealanders choose to communicate via post, particularly first time and younger voters, many of whom have never posted a letter. The frequency of delivery is decreasing and the cost of sending mail is surging. The postal cost for the 2019 Auckland local elections will increase by an estimated 77 per cent compared with 2016, because of a postage price increase of almost 60 per cent and an increase in the number of electors of approximately 70,000.

It will become increasingly difficult to deliver postal voting effectively and affordably. Therefore, it is crucial to have a viable alternative to postal voting in place, and online voting is the obvious choice.

While complaints about the mail system are appropriate this should not of itself be a reason to change systems. And there is a cost in making democracy function properly. If you want an example of a local election with problems the recent election for the Auckland Consumer Energy Trust is a prime example with turnout less than 13%. It did not help that the independent electoral officer was banned from promoting the election.

After the recent US elections and the multitude of complaints arising from the conduct of different elections particularly in Texas, Georgia and Florida I believe that some caution is warranted.

The complaints from those elections are numerous, voting machines that preferred Cruz to Beto even though voters had selected the all Democrat option, voting machines locked away, voters purged from voting lists because of slightly mismatched signatures, one candidate for Governor also being the chief electoral officer, and voting resources favouring wealthy over poor areas.

And the Internet does not have a good reputation when it comes to the enforcement of democratic norms, as shown by the various complaints over Facebook, the spread of fake news and possible Russian interference in the US election show. It has even been shown that there is a sustainable business model involving the spread of fake news, and it seems the faker the news the more profitable the spread.

I appreciate that many of these examples are not relevant for the proposed electronic voting model but they can show what happens when things get skewered.

Stanford Computer Professor David Dill has provided these reasons for not trusting computers with online voting:

And he said this about the use of paper ballots:

Paper has some fundamental properties as a technology that make it the right thing to use for voting. You have more-or-less indelible marks on the thing. You have physical objects you can control. And everyone understands it. If you’re in a polling place and somebody disappears with a ballot box into a locked room and emerges with a smirk, maybe you know that there is a problem. We’ve had a long time to work out the procedures with paper ballots and need to think twice before we try to throw a new technology at the problem. People take paper ballots for granted and don’t understand how carefully thought through they are.

Auckland Council’s proposal is for there to be a variety of voting techniques and I agree this is important. Having digital to the exclusion of others would discriminate against those for who the internet is a somewhat foreign place, including the elderly and the poor.

The report itself says this about security:

No information technology (IT) or voting system is 100 per cent secure, but the Online Voting Working Party is committed to developing an online voting solution that will guarantee a similar or higher level of security than currently offered by postal voting.

I am not sure this will be enough. Reputation wise any breach of an electronic system could be disastrous.

I am interested in feedback on this issue. Hit me with your thoughts.