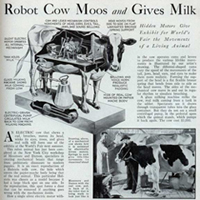 The Dom reports that “Prime Minister Helen Clark unveiled the $700 million funding boost for research, development and innovation projects today and said the fund would grow to around $1 billion as it earned interest over the next 10 to 15 years.

Industries would be expected to match the government’s commitment, causing the fund to grow to around $2 billion over the next 10 to 15 years.”

This is great news for the sector, it’s a policy that’s forward looking and builds on strengths we already have. It’s a hard policy to knock.

The right seems to have two attack lines when the government does stuff it actually supports but can’t bring itself to fully endorse. One is “this should have been done sooner” as if there were always enough money and resource to do everything that ever needed doing instantaneously. The other is “we support the result but not the process”, which allows them to get back to the important opposition business of framing the government as heavy-handed and controlling.