A new house every 13 minutes

KiwiBuild has the Nats rattled. It’s difficult to oppose a program that creates both affordable housing and jobs, but they’re doing their best. One of the lines that has got the most traction amongst their drone repeaters on the blogs comes, of course, from Kiwiblog:

Labour is promising a new house every 13 minutes of the working week!

Hands up those who think the Government can build a new house every 13 minutes? If your hand is up, please keep it up and please join the queue for free trips to the North Pole to see Santa Claus.

Oh my aching sides – funny guy that DPF. Not so good at logic, history, or current events though.

Here’s DPFs “13 minutes” logic applied to babies. “For New Zealand to achieve 60,000 births every year would mean that a woman has to have a baby every 9 minutes! Ridiculous, right? Have a trip to Santa Claus!” Off course that’s a stupid argument, in fact NZ does have 60,000 births a year, go figure.

In 1941 (with an estimated population of 1.6 million) the NZ Government built 4,000 state houses in a single year – one every 30 minutes! Do you think that NZ, 70 years later, with modern methods and a much bigger population, can do better? I do.

Christian charity “Habitat for Humanity” builds at least one house every few minutes (estimates from every 23 minutes to every 10 minutes) world wide. I don’t see any reason why the Government of NZ shouldn’t be able to match the performance of a single charitable organisation. And look – a single construction company in Canada builds a house every 41 minutes. Do you think NZ can do better than one construction company? I do.

In 2003 there were 29,801 building consents for new homes issued (ht Colonial Viper). In March this year consents were issued for 1,559 new dwellings, in September it was 1,520. Check out the monthly figures and you’ll see that we’re already building more than 10,000 new dwellings every year (laughably impossible according to DPF).

So in the end folks, once again, it’s pretty simple. Labour’s solution to the shortage of housing is to build houses. All National can manage is to complain about it. 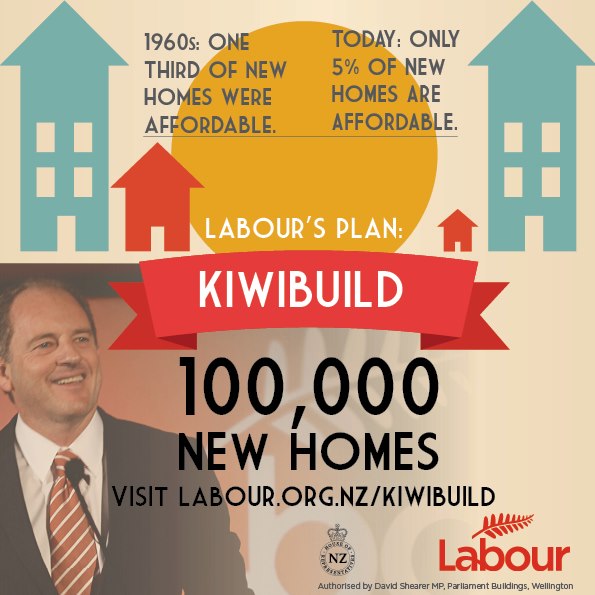