Abbott does a runner 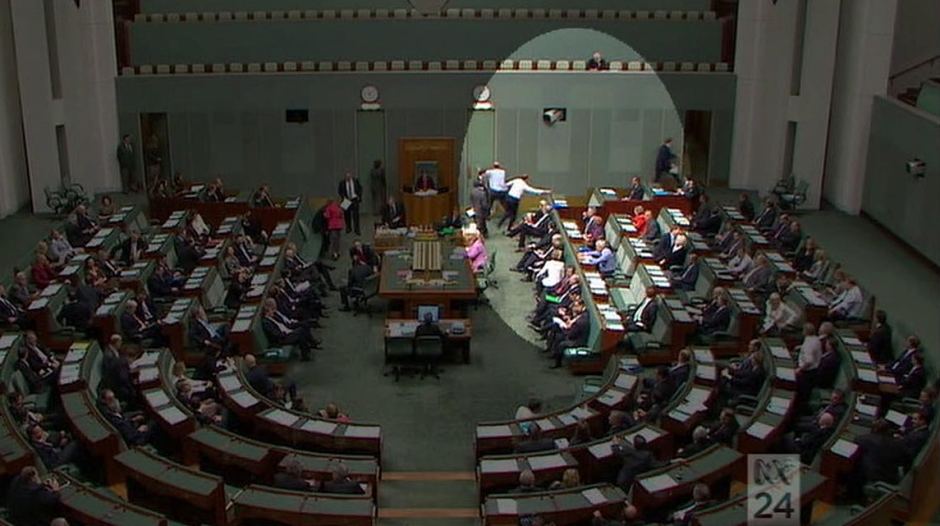 Tony Abbott fled from the Australian Parliament on Wednesday. He was trying to avoid his vote against a closure motion being recorded if newly independent Craig Thompson supported the Coalition. Watch it here – not a good look for a PM in waiting.

Australian politics have always been interesting and they are starting to get more interesting. Commentators are just starting to back away from calling the next election a lay-down misere for the Coalition. The widely-followed Newspoll has Labor coming back in the two-party preferred from 18 to 8 behind in one month. Julia Gillard has edged ahead of Abbott in the preferred Prime Minister, and Abbott’s for and against numbers are dreadful – negatives at record highs of 60%.

Running away won’t help Abbott. So instead of a leadership spill in Labor we could see one in the Coalition. Then it gets interesting.

Mind you, the same thing could happen here too if our money market dealer reads the signs out of Europe, decides the brighter future’s over and its time to also do a runner and bail out to Hawaii or wherever.

7 comments on “Abbott does a runner ”