Alfred Ngaro reprimanded for being “naïve” 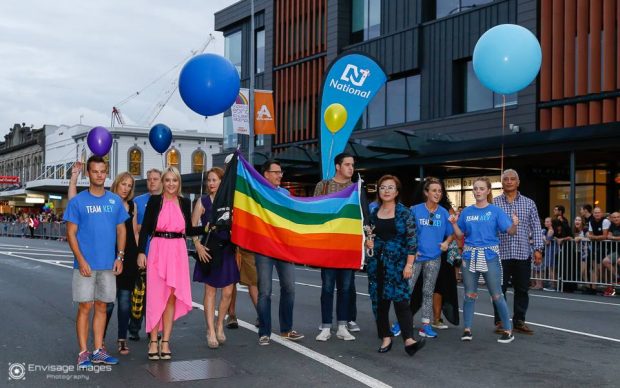 Was Alfred Ngaro’s statement to the Auckland Regional Conference of the National Party evidence of naivety or evidence that National wants to suppress all opposition?

Associate Housing Minister Alfred Ngaro has been reprimanded and apologised to Prime Minister Bill English for “naïve” comments which appeared to warn Labour candidate Willie Jackson of consequences if he attacked National on its housing policies.

Ngaro’s comments at National’s northern regional conference were reported by Newsroom, which said Ngaro appeared to suggest Willie Jackson could lose Government support for his organisation’s bid for a second charter school and Whanau Ora contracts should Jackson criticise National on the campaign trail.

“We are not happy about people taking with one hand and throwing with the other,” Ngaro reportedly said.

Newsroom reported he had issued a warning “not to play politics with us:” “If you get up on the campaign trail and start bagging us then all the things you are doing are off the table.

Jackson was the head of the Manukau Urban Maori Authority which runs a charter school in Mangere and has a Government contract to deliver the Whanau Ora social programme.

Naive? Is this the best they can come up with? He threatened everyone who criticises the Government with having the prospects of contracts with the Government being removed. This is third world banana republic stuff.

But this is the defence that National is running.

“He got a bit carried away. It’s not the way we operate. We work all the time with providers who have different political views. It’s important you do that and we certainly don’t look to take an approach where a provider would get penalised for their political views. It’s fine to disagree with people politically but to make any suggestion it might impact on your relationship with government, that’s where it’s overstepping the mark.”

He put Ngaro’s comments down to a rookie mistake and frustration with the way National’s policies were being portrayed.

“But he realises what he said was over stepping the mark. He’s very disappointed in himself.”

I’m sorry but it is the way that National operates.  If you need evidence then look here and here.  As an early example these women who criticised government benefit policy had their personal details released by Paula Bennett.  Or the Problem Gambling Foundation whose contracts were not renewed for apparently opposing Government policy?

@norightturnnz but why should Govt pay a group to be critical of it? Pay them to help but don't pay them to bag the hand that feeds them.

And if you want more detailed information on what is happening then this report prepared on the democratic reality for New Zealand’s community and voluntary sector provides chilling reading. The report’s conclusion is captured in this paragraph:

While New Zealand’s community and voluntary sector organisations have in the past been a strong and necessary voice for the most marginalised of our society, since the 1980s their place in democratic conversations has come under challenge, almost to the point where for some groups the only option is to remain silent. Responses to our survey demonstrate that the community and voluntary sector in New Zealand is not simply silenced by disapproving governments, they have been constrained by the very mode of governance that has come to dominate in the early part of the 21st century. The silencing is achieved by disciplining the sector through state funded contracts which encompass strong managerial requirements for accountability, auditing, measuring, and evaluating outputs. The move from a welfare state to a neo-liberal contract state constrained the conditions that underpin a healthy relationship between the state and the community and voluntary sector. There is a lack of trust between these two sectors; reduced space for experimentation in programme delivery or innovation as new “social issues” arose; and, there was little in the way of a longer term vision for those areas of policy response in which the community and voluntary sector was seen to be responsible (outcomes needed to be achieved with one-off projects in short time frames). The result is a community and voluntary sector that almost continually must check itself to ensure that it does not “bite the hand that feeds it”.

And how naive do we expect our Cabinet Ministers to be?  Don’t they know about the Cabinet Manual and in particular clause 3.16(c) which requires Ministers to take care to ensure that their actions could not be construed as improper intervention in operational or contractual decisions that are the responsibility of the chief executive.  In more healthy democracies this type of event results in Ministers losing their warrant.

To my mind the most upsetting aspect was Ngaro’s threat to Radio New Zealand.  RNZ is a beacon of professional journalistic independence.  Without it the media coverage of this Government would be severely weakened.

Willie Jackson will be complaining to the Prime Minister.  As he should.  Government contracts should not be dependant on the docility of the organisation applying.

Ngaro is an interesting person.  He is part of National’s christian conservative brigade and clearly holds rather authoritarian views.  Views that are clearly out of place in a properly functioning democracy.

53 comments on “Alfred Ngaro reprimanded for being “naïve” ”