America what were you thinking? 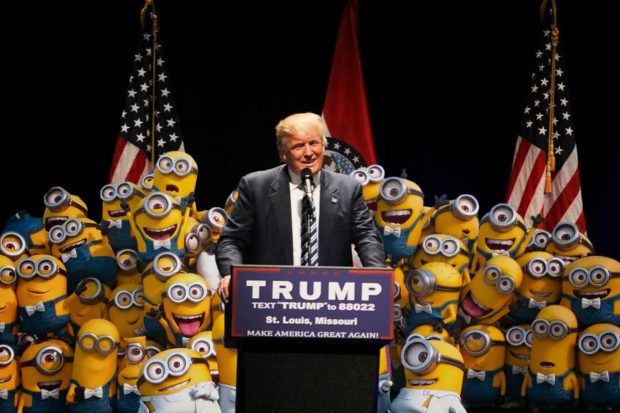 The results are in and Donald Trump will be the next President of the United States. I cannot begin to say how disastrous a result this is. He is an incompetent imbecille, someone who should never have been trusted with managing a casino let alone the nuclear codes.

The complaint amongst some lefties about Clinton is that she was a corrupt Wall Street shrill. Are they right? Very possibly but I prefer a bit of small scale corruption to the most powerful nation in the world having a leader who does not believe in climate change.

The big picture if Clinton was elected? Sure Wall Street would continue with its gouging ways and some obnoxious rich people would continue to enjoy their privilege. And this is why I personally thought that Bernie Sanders should be the candidate, no ifs and no buts. But once Clinton was selected I thought there was no alternative but to support her. I did not like it. If I lived in the States I might have shown up to work for her whereas for Obama and many others I would have been there with boots on. But Clinton would have served the common good far better than Trump ever will.

Positives for her. She is intelligent. She believes in gender equality and environmental protection and the virtue of ethnic diversity. She is sane. Her Supreme Court choices would have been liberal.

Negatives for her. All the Wall Street stuff that has been talked about ad nauseam and also the email server although my response to this is still “meh” and I can’t believe how the FBI interfered in the election process by releasing that letter in the heat of an election campaign.

Positives for Trump? He is possibly that stupid that the Washington Mandarins will render him pretty inept. There are no other positives.

Negatives? Where do I start. Any lefty who says that a positive is he is not as bad as Clinton will enjoy from me four years of “I told you so”. He will wreck havoc on international relations, a world approach to climate change is pretty well dead, constitutional norms will be destroyed, ethnic relations in the US will be stuffed. His potential to cause harm is massive.

Comparisons will be drawn with Brexit. And they are proper. People at the bottom of the economic pile seeing the levels of extreme wealth and wanting to object will ignore requests for economic orthodoxy and get upset at politicians regarding their job as being a career and not a calling. And demagogues will attract. The message for the left is that we have to be authentic. Not calculated.

There has to be a better way …

Think Brexit, but with a shitload more guns.

Seriously. That is our future. https://t.co/rsLzAPdCUe

376 comments on “America what were you thinking? ”