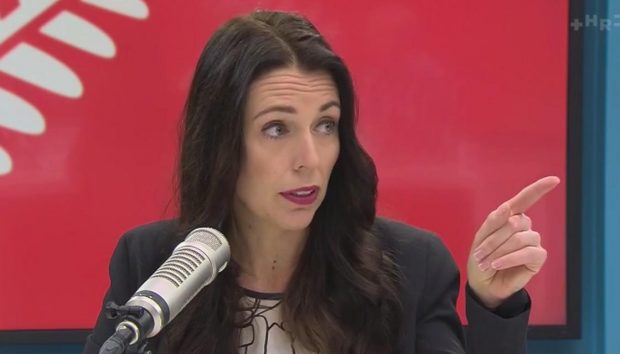 Prime Minister Ardern was “angry” on RNZ yesterday morning, when asked about her reaction to The Warehouse signalling 1,000 redundancies despite receiving tens of millions in wage subsidy to keep their workers employed.

Prime Minister Ardern should be angry, and so should we. Angry at her.

It’s starkly obvious now that not enough checks and balances were put in place to ensure that our hard-earned taxes and future public debt wasn’t just socialised upwards to the 1%-ers and shareholders of companies such as The Warehouse.

In fact they even haven’t influenced corporations in which they have a majority shareholding, such as Air New Zealand.

This government has kept most of the businesses alive with our tax money, but apparently have near-zero influence with them when it comes to socialising losses. And with the gutting of such firms goes also the rapid decline of E Tu, the very last of the great unions that enabled worker power in New Zealand.

This government could have made it a requirement that any company taking the subsidy had to agree to Fair Pay Agreements for their sector. These were promised to form sector-specific minimum employment standards such as wages, redundancy, and overtime. They were supposed to be agreed through bargaining between workers and employers, which then become legal requirements in that sector (Grant Robertson mumblemumblefutureofworkmumblemumble).

Unfortunately they didn’t. They’ve managed to negotiate not even one of these sector-wide agreements in New Zealand.

This is a commercially inept government.

At Waitangi this year Ardern told us to hold her to account. Tens of billions later, the virus eradicated, and opportunity for structural reform deliberately wasted, it’s time for that accountability.

We are getting done despite public debt pumping volumes of cash into obscure tiny underperformers like the arts community and performers, $400 million into helping the tourism industry survive in some new form, multiple other poorly tagged sector support, and about $15 billion more of our money on further untargeted business support such as in tax relief.

We are well overdue this government demanded from business – and then showed us public how all this cash is more than a single meth-hit that the rich alone get to inhale and pass the bong to their mates.

Even the horse racing industry actually had to promise to shut down seriously unproductive assets in exchange for public cash to keep their businesses propped up. And that was a solid NZFirst delivery item.

Surely Angry Ardern could ask Wily Winston for lessons in how not to be “angry” and folding like origami in front of business and instead how to actually negotiate to get what you want.

Why deliberately avoid getting real worker protection written in to these massive subsidies like any decent social contract would?

What exactly are we getting out of this except more of the 1% getting more of the 99%’s share?

At what other point in our history has government held reins over our corporations like this? Why is this the most we can expect of altering our economy for the good of us all?

Sector after sector, like a long jailhouse corridor for the covid-convicted citizen, we’re seeing greedy corporate and hands take public money as it is handed out but fail to sign over public good bonds, and instead slam steel door after steel door against ordinary New Zealanders.

Ardern should turn her anger to herself, and so should we.