People often don’t understand the devastating impact of the exponential function (or the garden variety version which we often call “compounding growth”). It is a steady rate of increase which seems fairly easy to ignore – right up until the point the growth curve suddenly seems to ‘go vertical.’ And that’s where Auckland house prices are, right now. 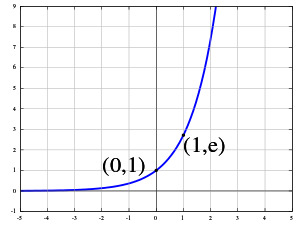 NZ politicians have played ‘pretend and extend’ around this issue for about as long as they can.

The New Zealand Institute (of all outfits) published in 2004 that home ownership rates had been drastically declining for years, and that young adults were the worst affected. (And we know why – thanks Douglas and Richardson). 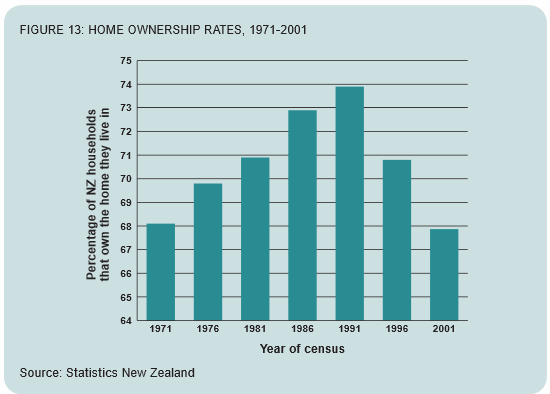 Indeed, in 2006 Demographia declared that Auckland was ranked 15th least affordable city in the world for housing, with house prices sitting at 6.6x the median household income. They classified Auckland housing as “severely unaffordable” – their worst category. They also emphasised the broader importance of home ownership:

in addition to its quality of life, neighborhood, community and social cohesion benefits, home ownership represents an important “pillar” of a
sustainable affluent economy.

But Auckland should not feel picked on – Wellington and Christchurch housing were also categorised as “severely unaffordable” i.e. over 5x median household incomes.

The following graphic, sourced from the NBR, shows that in a space of roughly 5 years from 2002-2007, inflation adjusted Auckland house prices smashed upwards from approx $350K to approx $600K, a ball park 71% price increase after inflation in a very short space of time. Assuming a median Auckland household earning approx $1050 pw in 2002, that 71% house price increase represented a scary 238 weeks of earnings. But what if todays median house price of $720,000 increased by the very same 71%?

With todays Auckland median household income of around $1600 pw that would represent an absolutely horrendous 318 weeks of earnings. In other words, the exact same % house price increase is far more damaging to affordability than ten years ago.

That’s the effect of compounding growth in action over time, and it drives both the perception and the reality that Auckland house prices have been ‘rocketing away’ from ordinary working New Zealanders. Of course, that was 10 years ago during a Labour Government. The difference now is that Auckland house prices are ‘rocketing away’ from the (formerly) comfortable middle classes, the top 10% to 20% of society.

The cynic in me says that this is why politicians are starting to pay serious – if misguided – attention to the problem at last.

IMO, only measures which make it clear that NZ houses are no longer an investment asset class where capital gains are available, is going to stop this compound growth in house prices continuing. Banning foreign ownership of NZ land will help, but in of itself will be utterly insufficient. Even a total price freeze at current property values will leave Auckland homes “extremely unaffordable” for most New Zealanders for the next 10 years or more.