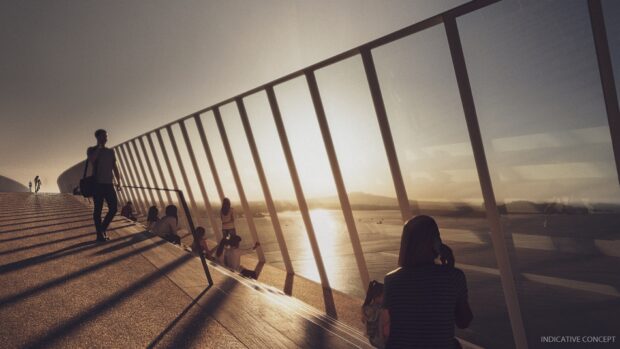 Last week’s announcement of major changes to the New Zealand Upgrade program in my view was welcome.

Some major road projects were canned.  Mill Road in South Auckland was one of them.  A cost blow out from $1.3b to $3.5b was too much to bear.  In a refreshing development Transport Minister Michael Wood acknowledged that the project would also have increased CO2 output.  If we are going to get to carbon neutrality then these hard headed decisions will have to be made from now on.

Auckland’s northern pathway has attracted a lot of attention.

The project is expensive.  But it is cheaper than similar roading projects such as Mill Road and Penlink and it has this extraordinary benefit in that it will support carbon free transport.  If you applied a proper financial allowance for transport infrastructure that does not add to CO2 output I am pretty sure the project would shine.

The funds will not only build the bridge but also the cycleway to Constellation Drive.

And it should be remembered that these are the most expensive parts of the burgeoning North Shore cycleway and will do wonders for the rest of the cycleway which is much cheaper to construct.

I am conscious of the cost.  But long term I think this is a really good project.

As an alternative the suggestion that we close two lanes of the bridge I think has merit.  Lets do both.  Maybe the second project until the first project is completed.

To change Auckland’s sustainability and reach climate neutrality we are going to have to do something radical.  Existing efforts to continuously feed the insatiable desire of motorists to drive more is not working.

Hit me with your thoughts and change my view.