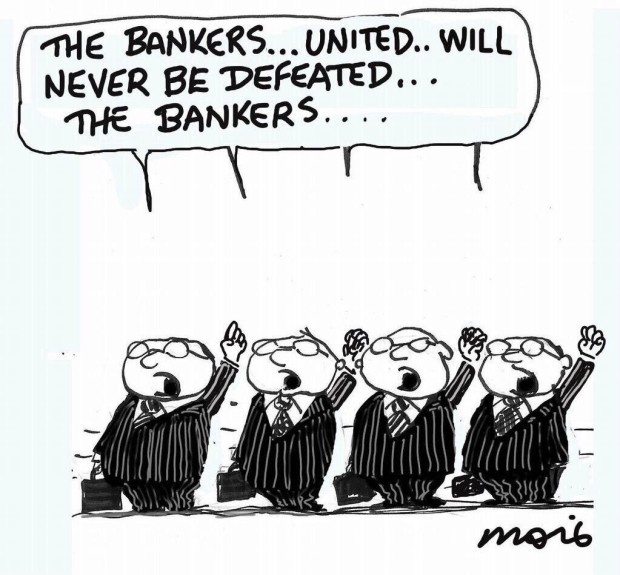 So the former head of ANZ and the current owner of John Key’s Omaha property, David Hisco, has left the employment of the Bank in somewhat newsworthy circumstances.

The head of ANZ bank’s local operation has left under a cloud after an investigation into his expenses.

Last month the bank said David Hisco was taking extended leave for health reasons, but has now revealed that the board was also concerned about certain transactions after reviewing Mr Hisco’s personal expenses.

In dispute were Mr Hisco’s charging for chauffeur driven cars, and wine storage without authorisation, which were worth tens-of-thousands of dollars.

ANZ New Zealand chairman Sir John Key would not say if the chief executive had been forced to go, but said Mr Hisco did not accept all of the bank’s concerns.

“I think the way to characterise it is that we parted company… and it was mutual,” he told a news conference

“From the moment we had this discussion with him, David was very firm of the view that we should probably part company and I think that was the view the board had over time.”

Mr Hisco claimed there was a handshake agreement concerning the payments.  You have to wonder why a banker did not document such an arrangement, especially as it could and did cause so much difficulty.  It should be noted that ANZ accepted Mr Hisco’s description of what happened but took the action because of accuracy problems with the way the expenses were recorded.

The poor mite obviously struggled to make ends meet on a salary of $3 million a year.

And there was a sting to his leaving.

“We have to apply the same standards to a freshly-minted teller to the CEO. David will say he failed those standards,” Sir John said.

[Key] said Mr Hisco would receive his contractual and statutory entitlements and untaken leave, but will forfeit unused options to buy shares in ANZ , worth about $6.4m.

“Some of our members were really outraged because of that lavish lifestyle that he had,” said Mr Maga. “I think that actually warrants his dismissal.”

“That is an unfair treatment… where a CEO is receiving a special treatment from the company compared to an employee of the bank who can be disciplined or can be dismissed if ever they committed the same mistake.”

Can you imagine if a beneficiary was in a comparable situation.  If they had provided incorrect information when filing in a WINZ form while at the same time receiving a benefit they were not entitled to?  I don’t think there would be a payout at the end of the process.

This is not the only problem that ANZ Bank has experienced this year.  From Liam Dann in the Herald:

It was ordered to increase the capital it holds as a safety net to absorb possible losses, by 60 per cent to $760 million.

That prompted former BNZ chairman Kerry McDonald to write to Reserve Bank governor Adrian Orr, saying he was “amazed” at the limited penalty imposed on the bank.

He called for ANZ chief executive David Hisco and Key to resign.

ANZ said it regretted the error, but also that the sum involved was a small portion of its total capital and that it had “no impact on customers or the operation of the bank”.

Soon after Hisco departed on sick leave. Key did not comment publicly about the breach.

Today he described them “as very separate issues”.

He also attributed blame for the breach to an error by a junior staffer.

Gee those junior staffers cause all sorts of problems.

And business analysts are questioning Key’s role.  Again from the Herald:

Key also sits on the board of the ANZ’s Australian parent company – something big bank critics like fund manager Sam Stubbs has described as a conflict of interest.

Stubbs, a former banker and chief executive of Tower Insurance, described the capital breach as “very concerning behaviour by our biggest and most profitable bank”.

“This is as strong a censure of a bank as I have ever seen in New Zealand.”

Hisco’s sacking has a machiavellian game of thrones feel to it.  And you have to wonder if the events are related.