Behind every strong woman leader are more strong women leaders 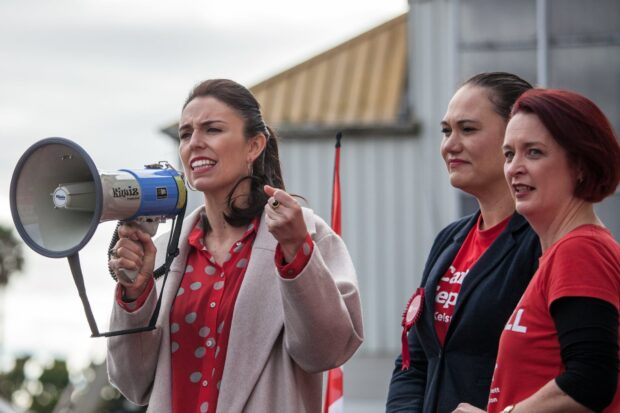 Everyone in politics has a used by date and no one can expect to last for ever.

The really best go out on their own terms.  They achieve what they can and then they make space for the next volunteer.

Ardern has clearly done this.  When Helen Clark bowed out I wondered if it was too soon and I wonder the same about Ardern.  But they deserve respect for leaving on their terms.

This afternoon the country’s leadership was confirmed.  Chris Hipkins will be the new Prime Minister and Carmel Sepuloni will be deputy.

I can’t say that I know Hipkins personally but I know Carmel very well.

I first met Carmel in 2008 when she was a list candidate.  Along with other list candidates she came to our Campaign Launch in West Auckland and spoke.  She was streets ahead of the rest and I thought then that she was someone with a great future.

I helped with her campaign in 2011 to try and win back the Waitakere seat from pseudo westie Paula Bennett.

The campaign was extraordinarily well run and managed.  Election day saw a huge effort put in by a number of volunteers.

In a year when Labour’s support was declining she almost achieved the impossible.  On election night she was slightly behind but after the counting of specials she was ahead by 11 votes.  A judicial recount saw the majority reversed and Carmel eventually lost by 9 votes.  I attended the last couple of days of the recount and they were two of the more depressing days of my life.  Getting so close to an extraordinary win but falling short by such a small margin was deeply frustrating.

One thing that always stood out for me in that campaign is that Carmel ran a solid two tick campaign.  Her performance in relation to the Party Vote was very good, much better than others.

She took the loss gracefully and spent time working for a Health NGO.

She was then selected as the Labour candidate for Kelston and won the seat with a huge majority in 2014.  She has retained this seat ever since.

In Government she has held senior portfolios, particularly Social Development.

She has quietly and carefully gone about her job.  She has changed the ethos of Welfare offices.  Nowadays they are welcoming and helpful places.  They were anything but this when National was in power.

And from 2018 to March 2022 benefits have increased by 40% above the rate of inflation.  Complaints that Labour is not doing enough for the poor are misguided.

Carmel is the first Pacifica Deputy Prime Minister.  This is something for us all to celebrate.

She is of the compassionate left side of politics.

Go well Carmel.  We will all be cheering for you.