Bill English – Ashamed of being a hypocrite?

David Cunliffe has been doing something that Bill English really hates – asking questions about actual accounting and fiscal practices. The reason that Bill hates this is because he keeps getting caught in his mythologies of opposition. These were designed more for the dogwhistle brigade who prefer a good incorrect story to what is required for a minister of finance. This press release amused me because it so epitomized the internal conflicts that Bill faces.

Labour Finance spokesperson David Cunliffe today called on Finance Minister Bill English to come clean on the use of specific and contingent fiscal risks in the budget process.

‘Instead of trumping up charges of â€˜unallocated’ future spending, why does he not admit that specifying future but unquantified fiscal risks is a requirement of the Public Finance Act,’ David Cunliffe said.

Today in an answer to oral parliamentary questions Mr English reluctantly confirmed that he intends to continue the practice of listing such risks in Budget 2009.

‘Mr English cannot have it both ways. Either these practices are reprehensible fiscal holes that bedevilled the former Government, or they are a legal requirement that he intends to continue,’ David Cunliffe said.

‘It is unfortunate that as well as dissembling on this crucial probity matter, Mr English was unwilling to face ongoing questioning, and fled the House during Question Time.” 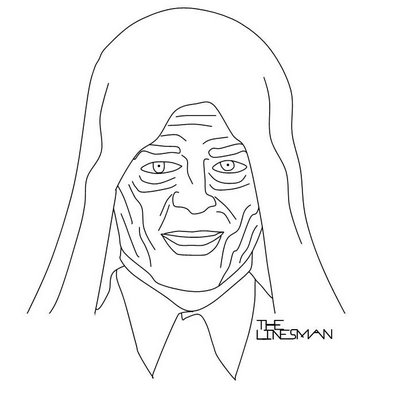 It is obvious to anyone that has done any kind of accounting or project planning that it is difficult or outright impossible to fully define contingent risks and liabilities. You have to put the risks into the accounts to show that they are present and what you think that a reasonable cost is. You do not fully find them because you actually don’t have any real idea about what the actual cost is. It is more of a probability statement than anything else, an exercise in the arcane art of quantum accounting probabilities.

The closer you get to the period of time the tighter your estimates can be and the more limited the risk levels. Then your funding provision can be more accurate. Long projects are typically use some kind of staged funding system.

If Bill still needed to know this simple fiscal truth when he was attacking the 5th Labour government as finance spokesperson, then he was either incompetent for the role or was simply being a hypocrite. I (charitably) tend towards the latter view. The prospect of having another incompetent National minister of finance is appalling to someone with memories of previous incarnations.

So it is no wonder that Bill is ashamed to face questions on the subject. For that matter he seems to be avoiding questions of why he is faking routine spending or tax cuts by the last government as being a new ‘stimulus package’. That lack of backbone does seem to be the Bill English trademark these days. You can tell, he always looks like he is swallowing a dead fish.

Thanks to The Lineman for his depiction of Bill English as Palpatine. The twisting, turning, and outright squirming that Bill has had to do recently does seem to make him as trustworthy as a sith apprentice. Perhaps John Key should read and learn from other mythologies than his own PR..

12 comments on “Bill English – Ashamed of being a hypocrite? ”