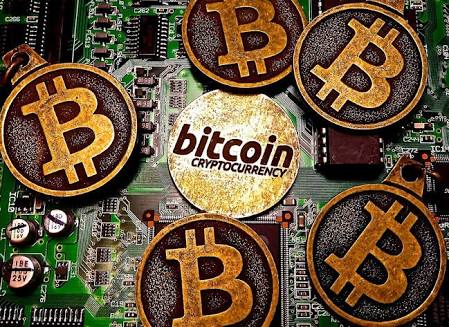 Are we supposed to be worried about Bitcoin and its comparators?

What is the taxi driver saying on it?

Is it going to undermine states and financial establishments who lose their exclusive hold over the means of payment?

If it continues to inflate with no global regulation, will there be a crash?

An established financial system with a reliable means of common payment is critical to states and their citizens in all areas of life, and it is one of the characteristics of sovereignty.

Once outside the bounds of institutional regulation, such unregulated funds can be used for crime, terrorist activity, bypassing sanctions, paying for illegal weapons, undermining established financial systems, laundering, and bribery.

So should we worry about Bitcoin, Atrium, and the rest?

Since April 2016 Japan has recognised Bitcoin as an official means of payment, and in December 2017 Chicago launched a Bitcoin futures market. It’s a global gamble gaining traction as well as volatility.

While they can be used to pay for goods and services, their volatility in exchange rate against state currencies makes it hard to see them as useful for commerce. They are a speculative instrument.

Global regulation that seeks to enable traceability will be opposed bitterly by shady states, their leaders, and shady banks. Anonymity is of the essence of blockchain attractivenes, but there’s more to user confidence than that. These currencies are very sensitive to risks, such as technical hitches, manipulations, fraud, insider trading, and cyber attacks. Unregulated transactions also mean no one can protect you from anything going wrong.

Just as the internet deprives states and the mainstream media of their exclusive control over information, so digital currencies undermine state and financial institution power over means of payment. Even with existing systems it is not always possible for the state to track “new money” and its usage, and digital currencies move financial activity well beyond the state’s knowledge or reach. That has bigger implications than Mossack Fonseca. The ability to pay criminals with full anonymity, and in time bypass sanctions imposed on countries and hostile elements, including the purchase of banned technologies and substances, is a major risk.

If the phenomenon spreads and is not regulated, it could also have implications for internal stability. Private and business elements could operate outside the reach of state institutions, avoid tax, shift money across accounts and entities, and avoid tax authorities and the Police.

A little signal was provided by U.S. Federal Reserve Chair Janet Yellen late last year, when she stated that bitcoin is “a highly speculative asset” and “not a stable store of value,” is solely intended for speculation, accounts for a very marginal part of the payments system, and poses no risk for market stability. So, expect no shockwaves from a pop yet.

In early December 2018, Pan Gongsheng, a deputy governor of the People’s Bank of China, warned: “There is only one thing left to do: sit by the riverbank and see bitcoin’s body pass by one day.” Such a lovely dark phrasing for a banker.

Our own Reserve Bank did not see it as a risk worth regulating in November 2017:

However a month later it was sounding warnings.

The Australian Reserve Bank is toying with launching its own blockchain currency.

The Australian Reserve Bank governor Dr Philip Low did make his warning pretty clear on their existing use risks: “When thought of purely as a payment instrument, it seems more likely to be attractive to those who want to make transactions in the black or illegal economy, rather than everyday transactions.”

Estonia and Lebanon have already done so, and some of the reasons for Australia (or indeed New Zealand) doing something similar to bitcoin are discussed here.

Seems that if you can’t beat them, join them.

That’s particularly important if the state is going to be able to harvest that stuff we need for hospital care and schools: tax. The position of income tax authorities here as far as I can gather is that virtual currencies are not currencies or securities under the laws of the state, and therefore the sale of a virtual currency will be taxed like the sale of an asset. I don’t even know if you pay GST on Bitcoin transactions yet. The Bitcoin taxing issue needs to go to the Tax Working Group and sorted.

If the dangers embodied by internet currencies become clear, legislative and enforcement steps at the state and inter-state level as an important part of the response, and be debated socially far wider than Reserve Bank board meetings. A fundamental solution will require international consensus.

If extensive fraud is discovered, the system will collapse in any case. So much of the enforcement of multilateral agreements against rogue or errant states depends upon control of money flowing out for goods and services. You can’t control where Bitcoin flows. In New Zealand, Bitcoin should be included under our Proceeds of Crime Act as soon as possible.

Since the blockchain technology itself is here to stay, perhaps this is simply the ‘internet of things’ finally arriving at money and payments itself. If states and regulated financial institutions are to sustain any semblance of order in currency regulation, they need to change the idea of currency itself.