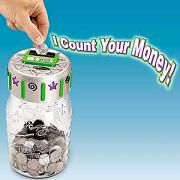 Check out this groovy little gadget. You put your money in the slot and it gets counted, with the power of â€˜digital’! Maybe we could all chip in and get one for the IRD.

Seriously though, quite a cock-up on the IRD’s behalf, using the wrong figures so tax revenue was undercounted by $600 million for the Half-year Economic and Fiscal Update. The mistake made it appear the Crown was running an operating deficit when it wasn’t. This caused concern in government and business that the economy was rapidly slowing, causing the tax intake might be so much lower than expected, and this lower confidence might have already had real economic effects.

The fact that there was no real explanation for the tax intake being so much lower than expected and yet the error in the figures wasn’t found is worrying. Calling for heads to roll is always a bit a of hollow, knee-jerk reaction but IRD will need to conduct a thorough investigation of how such a major mistake got into the final accounts and make necessary changes.

9 comments on “Counting our collective coin ”