I have not written about Covid for a while, which is I think a good thing.

Yesterday there were 981 new reported cases and no deaths.  It looks like we are through the surge that has happened over the last few months. 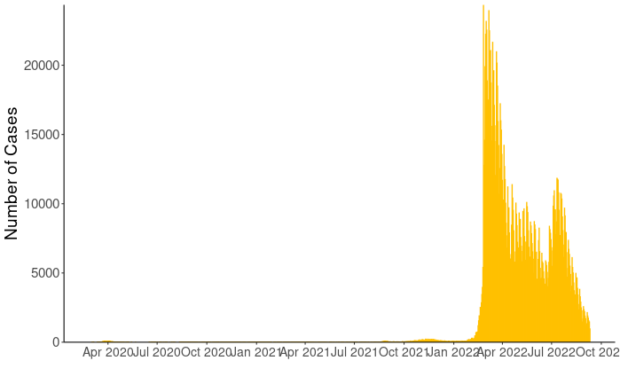 And our international performance continues to hold up.  Per million people New Zealand’s covid death rate is 380, slightly behind Japan whose figure is 340, and Singapore whose figure is 290. We are also ahead of Taiwan, whose performance was previously exceptional (430) and Australia (557).  Those countries have strongly adhered to mask wearing habits.  The world should take note.

Hospitalisation rates are well down with 243 people with Covid in Hospital.  This figure is down by over two thirds.

The hospital system was creaking and groaning but we did not witness the types of events in Australia and the UK amongst others were hospitals were overrun.

So overall we are in as good a position as we could hope for.

Meanwhile China is still trying lockdowns in the hope that the disease can be eradicated.  I think the horse has well and truly bolted.

There is speculation that the Government will scrap the traffic light system and mandates today and let them expire on Wednesday when the legal instrument relied on expires.

I suspect this will be the case.

I hope that there is a strong campaign to support the use of masks in well frequented internal areas and on public transport.  This is not an attack on fundamental human rights.  It is a very practical measure that has shown to work.

The opposition are yet ahead getting in and demanding an end to mandates.  Just so they can crow if the decision is actually made and claim credit.

This is not over however.  Earlier indications that mutations tended to lessen the severity of the disease have shown to be correct.  And elimination and an outstanding vaccination drive gave the time and the resilience to be prepared.

But we are one adverse mutation away from another crisis.  Stay tuned …

45 comments on “Covid review due today ”