It looks like Nick Smith will today grant access to West Coast conservation land, with high conservation values, for open cast mining.  This looks like a cynical attempt to enforce the government’s anti-conservation agenda by avoiding the need for public consultation.

He is travelling to Denniston Plateau for his announcement at 12.30pm on Australian mining company Bathurst Resources’ bid to establish its Escarpment Mine on the plateau.

He invited Bathurst staff to attend but not conservation groups opposing the mine, but they planned to go regardless.

Mining companies need a mining permit, resource consent and an access agreement to start a mine. Today’s political decision does not mean the mine has the green light, that is being appealed through the courts, but part of the approval process is whether the Government would allow access to conservation land. 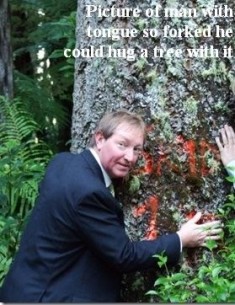 Hargreaves of the West Coast Mining network claims that the announcement will come the day before Smith is legally required to open up the proposal for consultation.

“Nick Smith is going to say yes to mining our high-value conservation land today,” said West Coast Environment Network spokesperson Lynley Hargreaves. “And he doesn’t want you or I to have any say in that.”

“Three years ago the National Government ceded to public outrage, after 40,000 marched down Queen Street in Auckland. They promised public consultation for significant mining proposals on conservation land,” she added. “That legislation will finally come into force on Friday, a lone positive change in the environmental disaster that was the Crown Minerals Act review.”

“Nick Smith’s decision today will obviously be a rushed decision made simply to avoid public consultation,” she adds. “Open cast mining on high-value conservation land is not something the public of New Zealand support, and the Government knows that.”

Add this to the long list of actions by John Key’s government that cynically disregards or otherwise avoids democratic processes that should be part of The Rule of Law, as posted by Michael Valley on The Standard today. 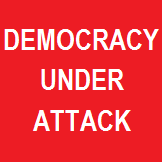 [Update]  This afternoon, Nick Smith announced the approval of the mining on the Denniston Plateau. The news reports have created some confusion as to the status of the land.  Some are calling it “conservation land”.  Nick Smith says it has “conservation values”.  Regardless, the deal involves the mining company paying compensation for loss of “compensation values”.  The Otago Daily Times, reports the following:

Australian mining company Bathurst Resources has passed a crucial hurdle to establishing an open cast coal mine on the West Coast’s Denniston Plateau near Westport.

Conservation Minister Nick Smith this afternoon he had approved the company’s access agreement for the mine on conservation land.

However the mine still requires consents under the Resource Management Act which remains subject to a pending Environment Court decision.

“The loss of conservation values is compensated by a $22 million package by Bathurst Resources. This will fund pest and predator control over 25,000 hectares of the Heaphy River catchment in the Kahurangi National Park, 4500 hectares on and around the Denniston Plateau, as well as for historic projects on the Plateau itself.

It still looks to me like a cynical move on Dick Smith’s part, whatever way you look at it.

[Update] The NZ Herald report this afternoon, identifies the fine differences in conservation status, which seems to point to Nick Smith’s previous statement on the land not being “conservation land”,as being diversionary:

Dr Smith said the approval was for an open-cast mine on 106 hectares of the 2026 hectares that comprise the Denniston Plateau.

“This area is not National Park, nor Conservation Park nor does it have any particular reserve status. It is general stewardship land, which is the lowest legal status of protection of land managed by the Department of Conservation.”

The area does have conservation values, although there has been some disturbance from previous mining including roads, bulldozer tracks and an artificial reservoir, Dr Smith said.

This afternoon’s press release by Green MP Catherine Delahunty, also designate the land as “conservation land”.  She also accuses Nik Smith of rushing the approval to avoid the public consultation process that would occur after the amendments to the Crown Mineral Act come into affect tomorrow.

The Labour Party’s press release states that the government has ridden “rough shod” over the process, preventing a compromise being reached between the mining company and conservation groups.

“Labour wants to see an agreement reached where mining can go ahead, allowing for the creation of new jobs, but where precious land is also protected. While the compensation package from Bathurst is welcome, our laws and access to the conservation estate should never be dictated by money,” said Ruth Dyson.

West Coast-Tasman MP Damien O’Connor says the mining industry needs security now more than ever but there is a real risk that this deal will create further legal action because it cuts across negotiations between the parties.