Day of the Jackoff 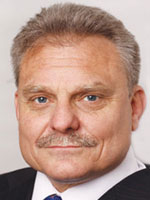 So ACT’s nutcase extraordinaire, the man whose only talent is to make John Boscawen look stable, has done it yet again.

Forever getting attention for all the wrong reasons, David Garrett has now admitted he’s been found guilty of a particularly distasteful dishonesty offence – stealing the identity of a dead infant for the purpose of fraudulently procuring a passport under a false identity.

So how many strikes does that make for Garrett? Dishonesty offence, assault conviction, calls to sterilise the poor, racist outbursts, homophobic outbursts, sexist outbursts, sexual harassment, lying about the lives to be saved by the 3 Strikes Law… the list goes on.

Ideological preferences aside, is this really the sort of person we want in Parliament? Will Hide or Key act like leaders and dismiss Garrett? Or will it be, like Andy Haden, another case of missing the opportunity to do the right thing and only firing Garrett when he inevitably screws up again and again and again, until belatedly doing the right thing is the only option left?