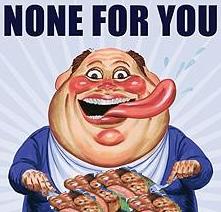 Paula Bennett has claimed nearly $22,000 in six months for her Wellington accommodation. That’s more, just for a second home Bennett uses maybe half the time, than Natahsa Fuller whose personal details she illegally released in a effort to embarrass her into silence gets in total to raise her three daughters – two of whom have chronic medical conditions.

Also. I hear that although Bennett is claiming nearly $1000 a week in rent, she has at least one flat mate in her place in Thorndon. What kind of shared flat costs that much to rent? Even a two bedroom place in the exclusive Kate Sheppard Apartments just across from Parliament is only $640 a week.

[Five Nats claimed over $20,000 for six months for their secondary accommodation in Wellington. For comparison, the highest claim from a non Nat MP is $12,034 from David Parker]