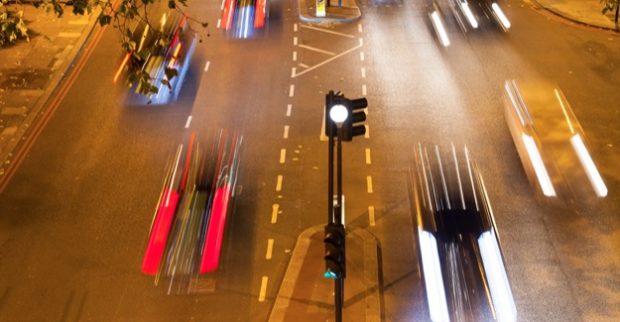 Auckland Council is considering its budget again. Government has just done theirs. Yawn.

Neither attempt to alter our society for good. And here I am again on a Monday morning, stuck in traffic trying to get to work.

But Stanford University economist Tony Seba predicts fast change, “We are on the cusp of the fastest, deepest, most consequential disruptions of transport in history.” What he is seeing is transport evolving to becoming a service (that’s Transport as a Service, or TaaS). No more need for car ownership. Here’s his report that’s been doing the rounds.

Lots of experts have been predicting a gradual move toward electric vehicles. But what we are seeing before our eyes is the quick eradication of the ordinary taxi. Uber and Lyft are leaving them behind, and it’s hard to have sympathy.

What the authors see is a better accounting for a convergence of different kinds of technological change in a short space of time. Uber and Lyft, and Amazon by drone. The electric battery price plummeting. The really smart car. The decline of new car sales. Really cheap batteries, battery-powered cars, and electric powered trucks. Cheap oil long term at US$25 no longer making any good difference in demand or productivity. Young peoples’ car licensing plummeting. James Arib, technology investor, philanthropist and co-author of the report says “This results in far greater cost differential between individual ownership and Transportation as a Service, leading to far faster and more extensive adoption as people choose cheaper, better transportation provided as a service.”

On the left we are used to defaulting to the public sector to cure this great Gordian knot of urban living with public transport. But in reality it’s taking too long. Far too long for my good partner and I on a Monday freaking morning. Far too long for climate change that’s for sure. The only exception to that I can think of is China, and you can see all their urban rail increases since 1990 in this cute little graphic here.

Policymakers in New Zealand are already facing critical junctures about whether to help or impede the transition to TaaS. Once they have dealt with Uber and taxi regulations, the next on the list is removing the barriers to autonomous vehicles. In the US, bipartisan legislation has been introduced on this. California has approved 30 companies to test self-driving cars.

As demand for new vehicles plummets, 70% fewer passenger cars and trucks will be manufactured each year. This could result in total disruption of the value chain. Car manufacturers will have options to adapt either as low margin and high volume assemblers. Or by becoming transport service providers themselves. Car buyers will see the second hand market plummet, and only the top 5% of of nostalgic owner-buyers buy anything flash, if that.

For the oil industry it’s nearly as bleak. Global oil demand seems ready to peak at 100 million barrels per day by 2020. Who know maybe it will even lower, despite a rising global population. Who knows. But it ain’t pretty for the big oil giants, or the big oil giant petro-states. And no windfall for Scotland.

Now, I love my new Peugeot 508 diesel. I would have preferred the diesel hybrid but they stopped making them. Shoot me I wanted a nice car this year and got one. But this one should see me out the door of petroleum …

… to a world in only eight years’ time where no more petrol or diesel cars, buses, or trucks will be sold anywhere in the world. The entire market for land transport will switch to electrification, leading to a collapse of oil prices, and the demise of the car industry as we know it …

… to a world where in the suburban morning we share a car, or share Uber, clear the emails on the electric train, and maybe start to seeing those massive concrete motorway assets and massive oceanic oil rigs stranded like monuments to a kind of dead modernism.

66 comments on “Eight years to an electric transport world ”