Elias is right, will we listen?

The rednecks have predictably got themselves into a tizzy over Chief Justice Sian Elias’s comments on the need for judicial reform. I think you should read the speech for yourselves. It is an expert in the field discussing how the justice system is failing. Failing both victims and offenders, and the taxpayer. I’ll put in just a few quotes: 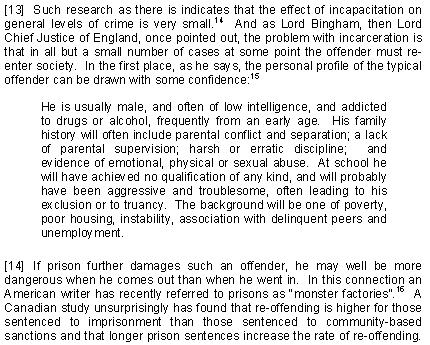 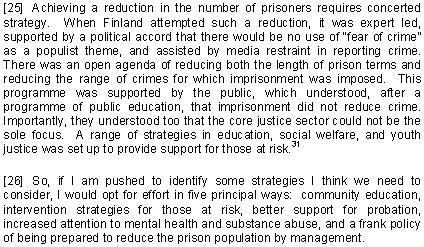 Elias quotes Shirley Smith, in whose honour she was speaking:

I don’t think there’s much I need to add to that. Elias is right. Not because she’s some maverick saying something unprecedented. She is saying what the experts have been saying for decades. The problem is the politicians don’t listen because they see crime as a political battlefield.

There is a proud tradition of judicial independence in this country. Elias was completely within her rights to raise issues of how our justice system is run when addressing a Law Society conference, She did not cross the boundary of entering into political debate because she is not specifically supporting or opposing any parties’ policies.

If only a political/media culture was mature enough that Elias’s comments would lead to a proper debate on our justice system. It’s clear that’s not going to happen.

[On a side matter, Tv1’s Jessica Mutch said Justice Elias had annoyed her “bosses in the Beehive” with her comments. Did she not take Pols 101? In our system of government the judiciary is independent. The ministers are not the judges’ bosses.]